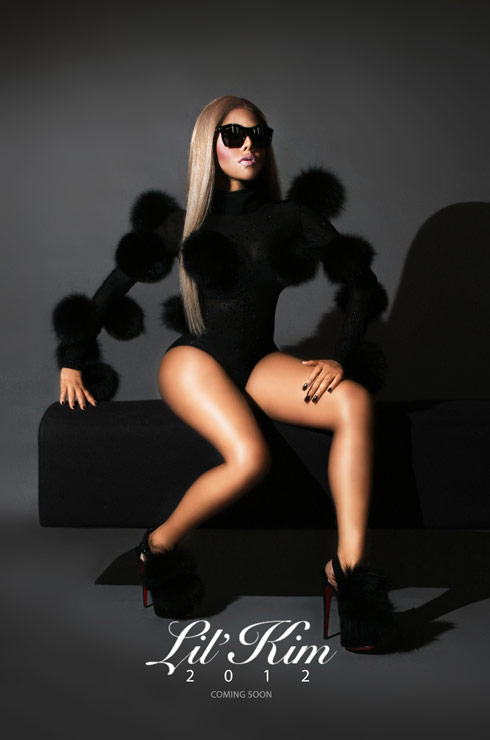 Rapper Lil’ Kim confirmed in January that she would be making a comeback in 2012, but what she didn’t reveal is that she will apparently be coming back as a poodle. Or at least that’s what it looks like based on the promo photo tweeted by Lil’ Kim on Christmas day.

In the photo, which simply reads “Lil’ Kim 2012 – Coming Soon” across the bottom, the singer can be seen wearing a black long-sleeved leotard with black furry poof balls and matching furry high-heeled Louboutins. Her legs have been smoothed in Photoshop and it appears that she has also been trimmed down at the waste and arms. The photo was accompanied by the tweet:

Lil’ Kim then tweeted a couple days later with a status update from in the studio:

In da studio with my boys @50cent @floydmayweather @clsdash and @thaboyparis lego!!!

Though I can’t say I’m a huge fan of the photo (just a little too unreal for my taste) I am excited to hear what Lil’ Kim will have for us in 2012, especially with the high-caliber help she’s getting!

Until then… “She been gone for a minute now she back at the jump off!”