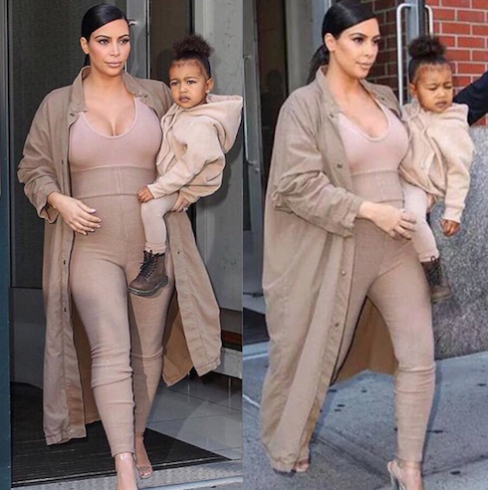 The ongoing Kim Kardashian fat shaming controversy reached an interesting new point this week, as Kim herself shared some comments aimed at her detractors. Specifically, she stared down the whole matter by referring to her “fat arms and fat a**” in a new interview. 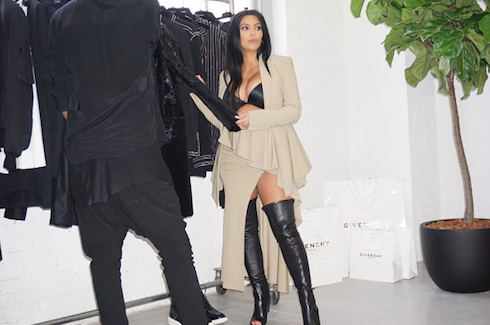 “It was the worst,” Kim said, of the blowback she received while pregnant with North. “I couldn’t help it, and everyone would say, ‘She can’t stop eating.’ I delivered at 180, and they were like, ‘She’s 210 pounds.’…It really took a toll after the fact, when I was losing weight. I gained 50 pounds, and it’s tough to get it off.”

More recently, though, the star has again addressed fat shaming, and has taken a more active role in combating it. In an interview she conducted to promote the launch of her website’s new design, Kim said she was “mortified” when she looked back at some of her fashion choices during the first pregnancy, and said she felt more comfortable now.

“This time around,” Kim continued, “I know what I like—plus, I am confident and not trying to hide my bump. I actually want to accentuate it…And yes, [I wear] long coats to cover my fat arms and a**! It’s such a trip how your body grows and changes, and at the end of the day, you have to wear what you are comfortable in and what you feel good in.” 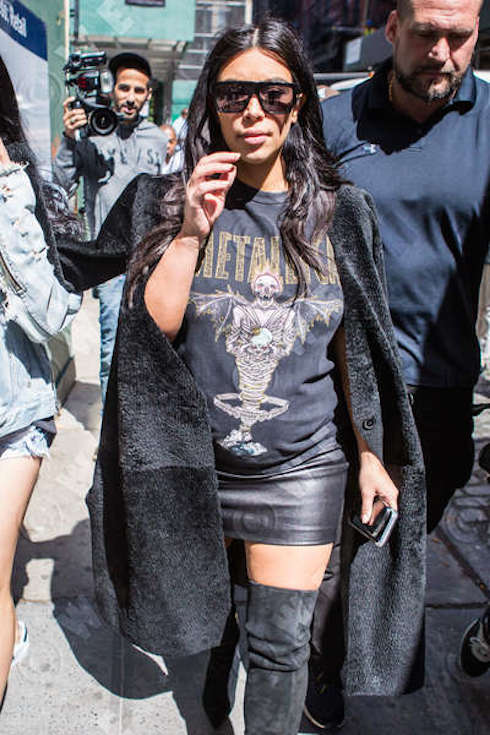 Of course, Khloe Kardashian couldn’t resist getting in a dig at Kim’s expense–while at the same time trying to deflate any lingering public Kim Kardashian fat shaming. Khloe, as only a sister can, teased Kim  playfully in the newest Keeping Up With The Kardashians trailer, and joked that her favorite Kim is pregnant Kim. Why? “That was the first time ever that I was the thin one,” said Khloe. “I really like, thrived when you were fat and pregnant, like, compared you to a whale?”