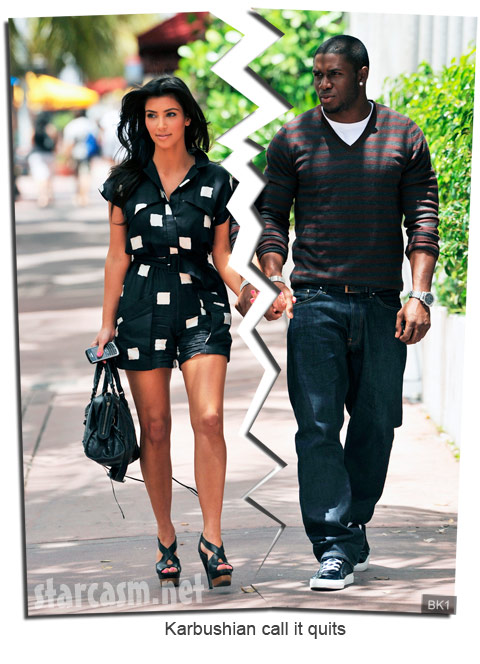 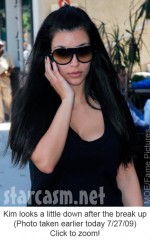 A representative has confirmed with People Magazine that the poster couple for celebrity romance have called it quits, saying “They never get to see each other, ever,” says People‘s source. “It’s been a long time coming. They still love each other and are part of their lives, but Reggie spends six months out of the year in New Orleans, so it’s tough.”

The 28-year-old Kardashian started dating 24-year-old Bush back in 2007. Kim is star of the reality show Keeping up with the Kardashians and Reggie Bush is entering his fourth season as running back and return man extraordinaire for the NFL’s New Orleans Saints.

Bummer. I actually liked Karbushian. Reggie seems like a pretty cool cat and I didn’t mind him getting in the photos with Kim. Most celebrity babes are dating HUGE douchebags that ruin every photo they appear in. I just know Kim is going to get involved with a guy that’s a bigger a$$ than hers! Don’t do it Kim! Don’t call Chris Brown! Leave John Mayer alone! Is Dave Chappelle single? 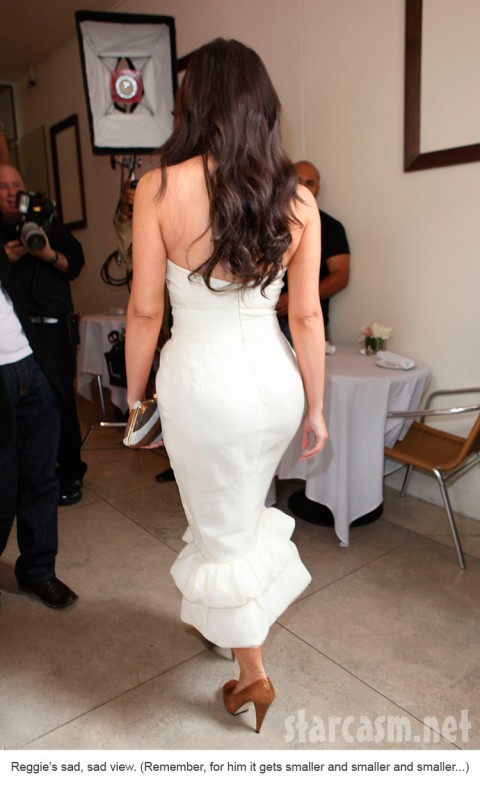