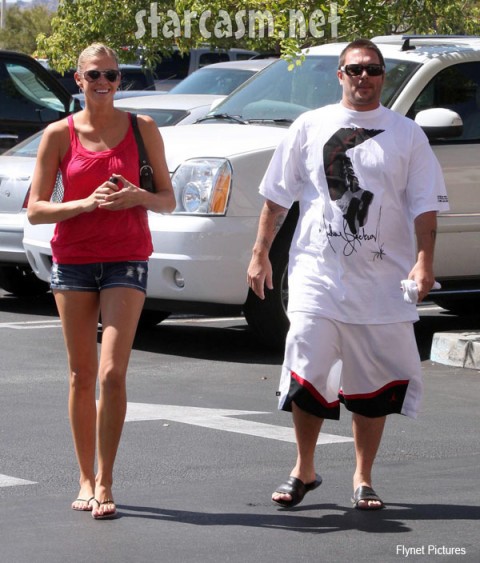 Kevin Federline needs some entry-level sex education, because he’s having trouble not procreating.

A source told Celebuzz (via The Superficial) that Victoria got a positive pregnancy test after many pregnancy scares this year! Here’s the quote

all over the globe on her recent tour. Apparently, the couple had a pregnancy false alarm earlier this year, but this time things are serious! The test was positive. She told Kevin that she was pregnant, but he didn’t seem happy to hear the news.

K-Fed is well on his way to growing a massive child army can soon join forces with the broods from Brangelooney, Octocrazy, and Gossebonkers to take over the world. Seriously, these four familes now have enough people to populate a new country where Brad and Angie can be king and queen.

Jill Dillard and Derick Dillard reveal the sex of their baby