Zak Penley has a little self-respect left after all! The New York Post is reporting that he has split up with former fiancé Kenley Collins, the bi-otchy season 5 finalist from the popular reality series Project Runway. (In case you missed our previous post, Kenley woke her insignificant other by throwing a laptop, three apples, some water and a cat at him, in addition to slamming his head in a door. We were lucky enough to get an exclusive image of the feline weaponry used in the attack!)

The New York Post reports that Zak will be able to keep some of the ammewnition from the attack, namely his cat Arlo. Kenley will be taking the female cat named Sandra. The reason for the split up is obvious (Zak fears for his physical and mental well-being and wants to get the hell away from her), but Kenley puts a lighter spin on it by saying, “He wanted to travel and I wanted to stay in New York.”

The Post also got some brilliant quotes from Leanne Marshall, the winner of Project Runway season 5. Here’s what she had to say:

“This should put a clear answer to the question I am most frequently asked, ‘Was Kenley really that awful, or was she just edited like that?'”

“When she got angry, I knew to keep my distance. Clearly, she needs therapy.”

“I feel a little sorry for her that she can’t control her emotions and behavior, but on the other hand, absolutely nothing excuses physical violence and throwing a poor, defenseless kitty at someone who is sleeping. I feel bad for the cat, the bruised apples and Zak.”

Well said, Leann! You are a true champion 🙂

And for all my Kenley-obsessed readers out there, I have a special bonus for you! Starcasm has obtained some exclusive photographs of Kenley and Zak prior to Tuesday’s rude awakening and arrest!

Here is the couple out shopping: 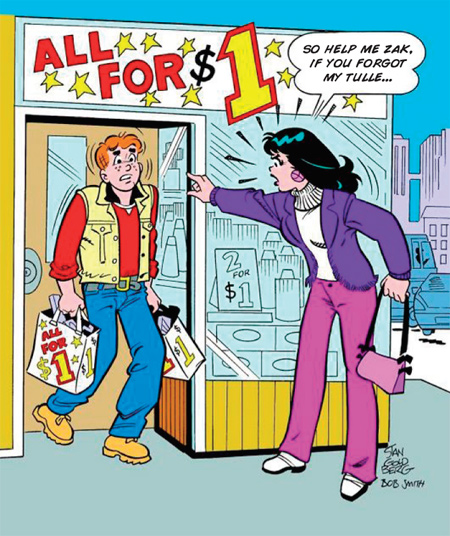 And here is a rare photo of the happy couple back when they used to have a parrot. (Oddly, the parrot and Zak both walked into a door just after this photo was taken, giving Zak a black eye and killing the bird) 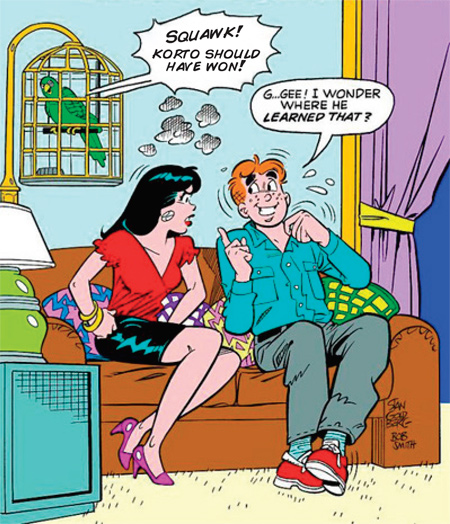 Keep up to date on all of Kenley and Zak’s crazy misadventures over at archiecomics.com (Kenley even has a blog!)

****UPDATE 4/14/09 – Eonline is reporting that Kenley has gotten off with barely a slap on the wrist for assaulting Zak. After initially facing a felony count of assault, Kenley’ charge was dropped to a level below misdemeanor. Here’s a quote from the article:

“Collins pleaded guilty in a Brooklyn courtroom to a count of disorderly conduct, which, Judge Miriam Cyrulnik explained, is considered a violation and not a criminal charge. The reality-TV star was sentenced to a $120 fine and a two-year protection order barring her from having contact with Penley. The incident will remain sealed and not appear on her criminal record.”

Poor Zak! He deserved better than that! Maybe the judge isn’t a Project Runway fan and didn’t see that Kenley has a history of anger issues. I’m tired of talking about Kenley. Season 6 can’t get here soon enough!