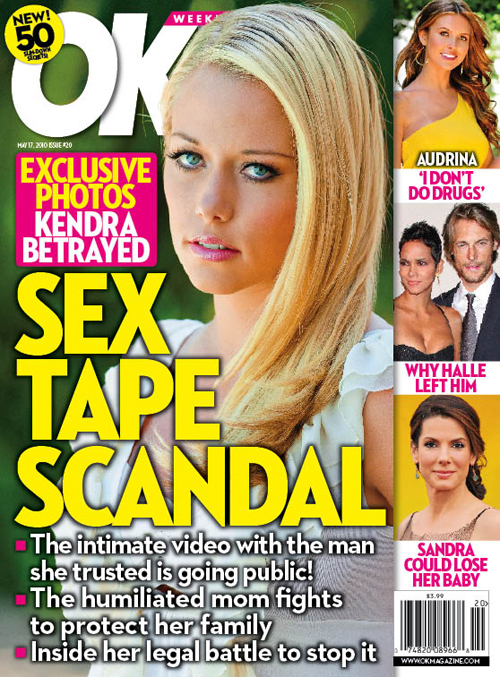 The May 5 issue of OK! Magazine features a story on Kendra Wilkinson Baskett’s battle to prevent the release of a sex tape! OK‘s web site doesn’t give a lot of specifics about the 24-year-old former Playboy playmate and current reality star’s explicit film debut, but does offer this official statement from Kendra’s camp:

“Kendra’s attorneys are currently evaluating and pursuing Kendra’s rights with respect to the purported video and any third parties involved in the possible sale, reproduction or distribution of the same.”

“During this difficult time, Kendra and her family would greatly appreciate the respect of their privacy.”

• OK! has all the legal documents involved in Kendra’s attempt to quash the sale of the sex tape.

• Exclusive pics of Kendra, Hank and their baby Hank at home.

• The details of Kendra’s plan to defend her life with her family.

Some are worried of the effects this might have on Kendra’s future with the E! network with most experts fearful this could mean two, maybe three more reality shows for her.

You can also read commentary on the surprising existence of Kendra Wilkinson’s sex tape in the current issue of DUH! Magazine – on newsstands now!