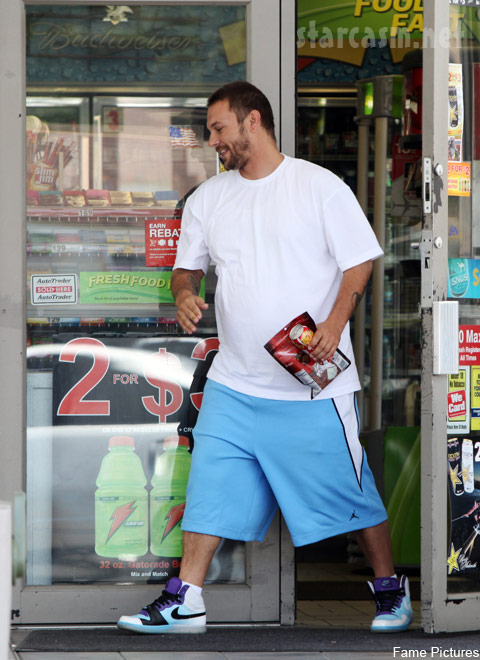 Sadly, it looks like K-Fat’s days are numbered, because he’s gonna be putting down the chips and picking up the weights on VH1’s Celebrity Fit Club. Picking up and playing with his millions of babies hasn’t helped Kevin work off his gut, so he’s turned to the Biggest Loser for D-list celebrities.

Popeater reports that Kevin Federline will be sweatin’ off the pounds with his original baby mama, ex-girlfriend Shar Jackson. Kevin and Shar have two children together. Kevin Federline also has two children with ex-wife Britney Spears. This past year K-Fed’s been on Britney’s payroll to watch their children during her world tour. So basically, he’s been paid to sit around and eat twinkies and wing-dings. I blame Britney.