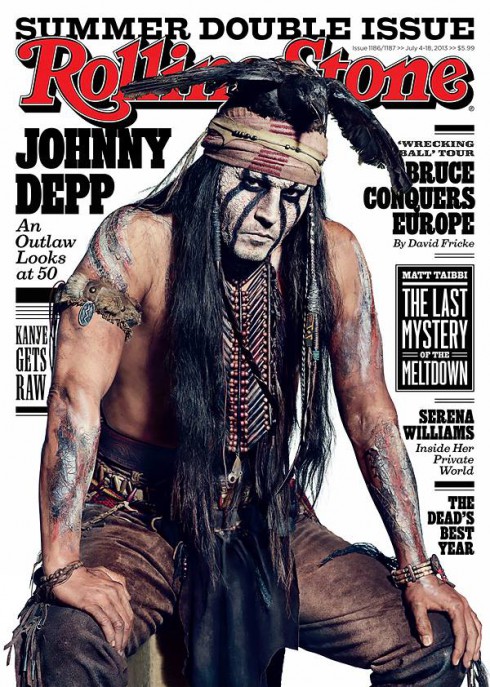 Johnny Depp and Vanessa Paradis split one year ago following a fourteen year relationship. Vanessa wasn’t just Johnny’s partner though, she was also the mother of his two children, Lily-Rose and Jack. The division of the family definitely took a toll on everyone involved, but Johnny has remained quiet publicly about the break-up. Until now.

“The last couple years have been a bit bumpy,” Johnny tells Rolling Stone for their July 4 issue. “At times, certainly unpleasant, but that’s the nature of breakups, I guess, especially when there are kiddies involved.”

Johnny and Vanessa began dating in 1998 and welcomed their first child Lily-Rose, now 14, one year later. In 2002, the couple welcomed their second child Jack, now 11. Despite his hectic schedule, Johnny always aimed to put his family first. However, his non-stop traveling to movie sets around the world wasn’t easy for Vanessa, who was forced to pick up his slack in the parenting department.

“Relationships are very difficult. Especially in the racket that I’m in because you’re constantly away or they’re away and so it’s hard,” Johnny admits. “It wasn’t easy on her. It wasn’t easy on me. It wasn’t easy on the kids. So, yeah. The trajectory of that relationship — you play it out until it goes, one thing leads to another. So for whatever reason that ­ceases, it doesn’t stop the fact that you care for that person, and they’re the mother of your kids, and you’ll always know each other, and you’re always gonna be in each other’s lives because of those kids. You might as well make the best of it.” 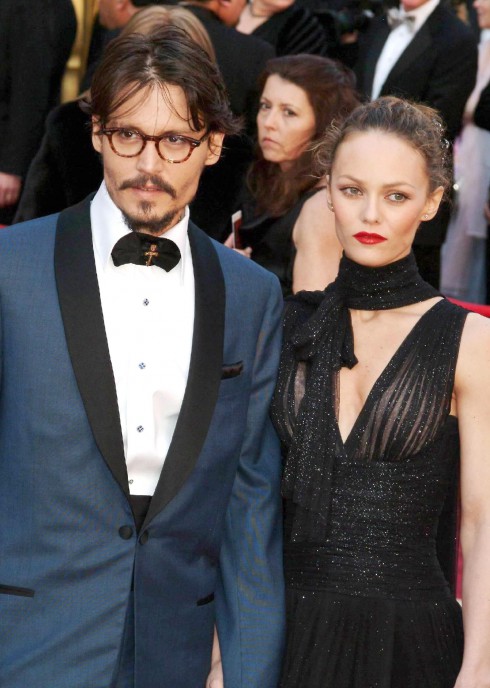 Although many people with alcohol issues might have fallen back into old habits following such a devastating event, Johnny managed to make it through without going there.

“In terms of the breakup, I definitely wasn’t going to rely on the drink to ease things or cushion the blow or cushion the situation, because that could have been fatal,” Johnny states in a nod at his wild past. “I felt it was my duty to be real clear throughout that. I had something pretty serious to focus on, really, which was making sure that my kids were gonna be cool.” Luckily, they have been.

“They’ve been incredibly understanding, incredibly strong throughout the whole ordeal. And it’s hard on every side. You know, Vanessa’s side, certainly not easy. My side, not easy. The kids are the most complicated,” he explains. “The thing is, kiddies come first. You can’t shield them, because then you’d be lying. So you can at least be honest with your kids, and you say the absolute truth to your child — that was very important to not pussyfoot around.”

Johnny’s own childhood was far from ideal, but in raising his own children, he was able to turn his dark past into a learning experience. “I wouldn’t say my youth was the perfect model in terms of raising a kid. It was a relatively violent upbringing. If you did something wrong, you got hit. If you didn’t do something wrong, you got hit,” Johnny reveals. “But my parents, they did the best they could with what they knew, and so I figured I’d do the best with what I knew, which was do pretty much the opposite from what you guys did — and I think I’ll be all right — not to say they were bad parents, because they weren’t. They just didn’t know any different, and it was a very different time.”