(UPDATE) The Joe Jonas-lovin’ little Nancy Drews were right! Joe and girlfriend Camilla Belle have split confirms Camilla’s representative, Brad Cafarelli to RadarOnline.com, “ Yes, it’s true, they have broken up. There is no third party involved and they care deeply about each other and will remain friends.” Props to the Jonas investigators who were on this a week ago! (Read more about that below) 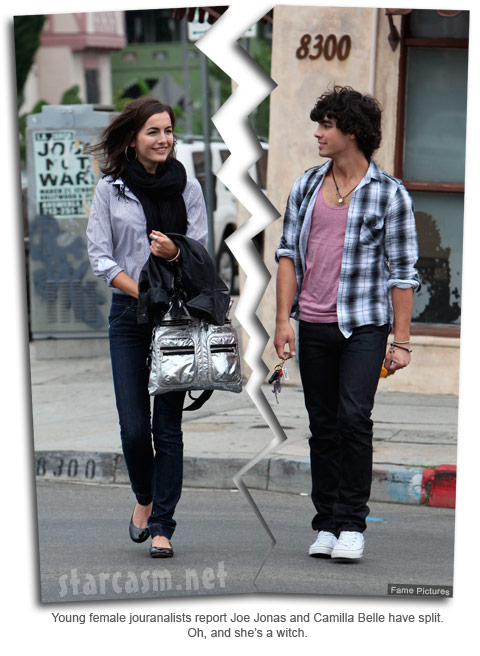 Young girls everywhere take a deep breath…there are signs that Joe Jonas and girfriend Camilla Belle have split! The first indication was when Joe removed the necklace given to him by Camilla during a concert in Boston a week ago. (See video below) And the second clue came last night in Detroit when Joe Jonas reportedly broke out into tears on a couple occasions, and even changed some of the words around!

Here’s a montage of the bling removal (Click to zoom in): 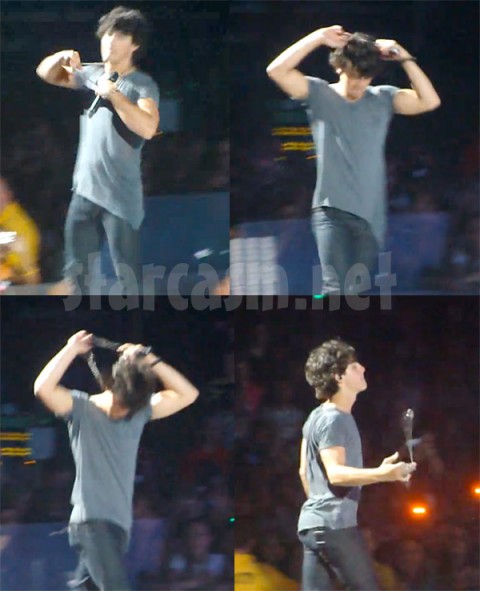 Here’s a video from the JoBros’ Boston show during which Joe removed his necklace. (The event takes place at around the 3:04 mark)

There are some commenters on the video over at youtube that claim Joe does this often as a regular part of the show. Any of you Jonas Brothers fans wanna help ol’ starcasm get the facts straight? Let us know!

Do you think Joe Jonas is better than Prince? Better than Madonna? Better than Elvis?!? Then go vote for the boys at this fun site that has created a tournament of pop stars! (The Jonas Brothers are currently up against Carrie Underwood, which they might be able to handle without any help. But it looks like Britney is waiting in the next round and eventually Michael Jackson! The JoBros need your help!)

Oh, and here are some photos of Camilla Belle and tennis pro Fernando Verdasco being pretty intimate back in March: 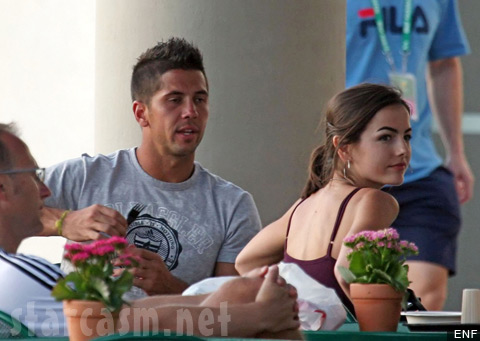 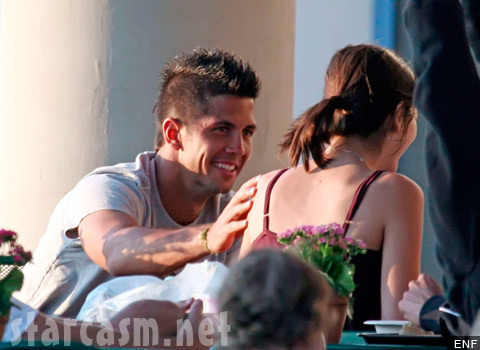 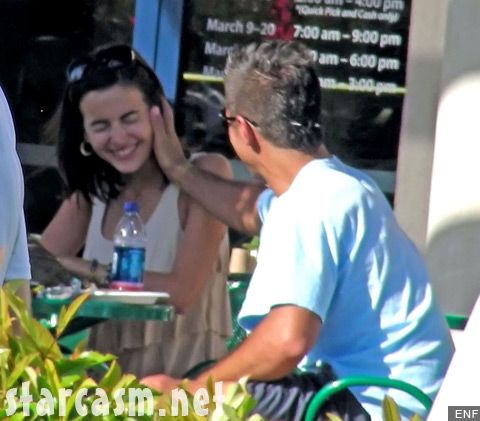 Jon Hamm and Jennifer Westfeldt break up after 18 years together

Jonas And Kate Plus 8? Kate Gosselin Takes Daughters To A Jonas Brothers Concert