Hollywood has run Jessica Biel’s boobays up a stripper’s pole to see who would salute and the answer appears to be “not many.” The New York Post is reporting that Powder Blue, which features Jessica Biel as a stripper, will be skipping the red carpet for the short walk of shame directly from production to DVD. 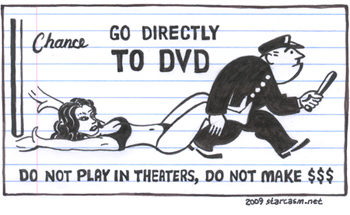 But don’t be too quick to blame it on the lack of Jigglin’ Jess marketability – I watched the trailer and the movie looks like a high budget film school project gone awry. There are suicidal Santas, Forest green Whitakers, creepy Halloween masks and origami – all shot through a limited variety of symbolic color filters:

I don’t think I’ve ever seen a movie in which every character threatens suicide with a gun! Maybe it’s just a metaphor for what this movie will do to the careers of those involved. (Which includes Biel, Forest Whitaker, Ray Liota, Kris Kristofferson and Lisa Kudrow) (Actually, Kristofferson’s career is impervious to bullets – for better or worse)

Too lazy to watch the trailer yourself? Here are some highlights with my seventh grade cinematic criticism color decoder chart: 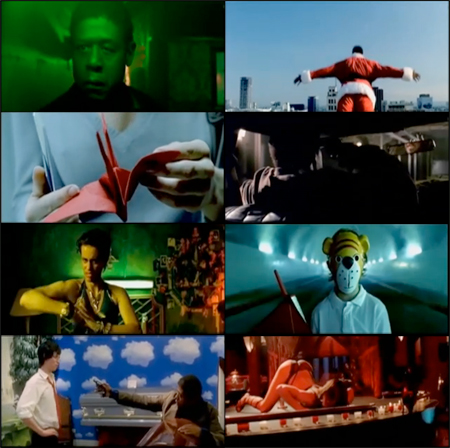 The last time Jessica Biel managed to make it to the big screen was 2007’s “classic”
I Now Pronounce You Chuck And Larry, but Biel fans in select cities will be able to see the limited theatrical release of Easy Virtue on May 22. After that, she’s working on another straight-to-DVD candidate called Nailed in which she “plays a waitress whose brain is accidentally punctured by a nail gun, resulting in weird, lusty behavior with DC lawmaker Jake Gyllenhaal.” How in the world do I make fun of that?

UPDATE 5/13/09 – Excerpts of Jessica Biel stripping (or “paying for college” to be politically correct) are starting to surface on youtube. Here’s an almost safe for work version starring the smoking hot Biel making sweet love to a pole and then pouring cranberry juice on herself. (I say “smoking” hot because for some reason she’s smoking a cigarette the entire time) If you’d like to see a larger, NSFW version that features both of Jessica’s best talents in all their jigglin’ bare glory, click here.

ANOTHER UPDATE 5/13/09 – What are the odds? I update this post with the Jessica Biel pole dancing video and 15 minutes later I run across this clip on DListed. You absolutely HAVE to see this! I always thought pole dancing was kind of silly, but Felix makes me think it needs to be part of Olympic gymnastics (I’m not kidding) No worries, it’s safe for work (She works with Cirque de Soleil now)