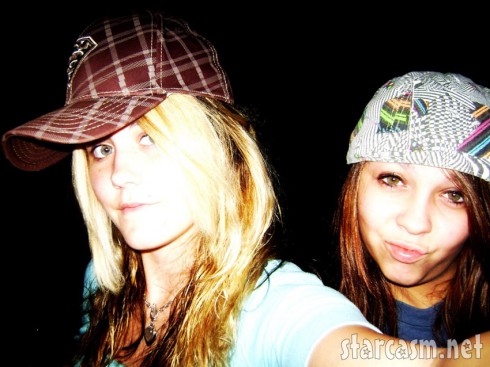 Jenelle Evans and Tori Rhyne go way back and you could write a young adult novel based on the travails of their on-again off-again relationship. They used to drink, smoke and ‘pass each other out’ back in the day, but this old friendship has been on rocky ground lately.

A while back Jenelle got ticked off claiming that Tori had sold her out to a tabloid about drug use and now we know exactly what those claims are. Radar is reporting via Star that according to Rhyne, Evans has been on an acid kick lately.  Tori said:

“She does it a lot — she fell in love with it. It’s just a little sheet that she puts on her tongue and waits for it to hit her: Then she gets all weird.”

Rhyne claims that Evans thinks that using LSD, “helps her, but it really doesn’t.” Evans has been on probation for a while now and takes drug testing on a regular basis. The report from Star claims that the tests are for marijuana use. Tori had a little something to say about that as well:

“After she gets off, she’s going to smoke a big blunt, that’s what she told me.”

Tori was in the middle of Evans’ recent Twitter blasting with on-again (?) boyfriend Gary Head. The Teen Mom’s fuse was lit when she discovered that Head had been intimate with Rhyne. According to Rhyne this happened before Evans and Head were an item.

“The allegations against my client are absolutely false.”