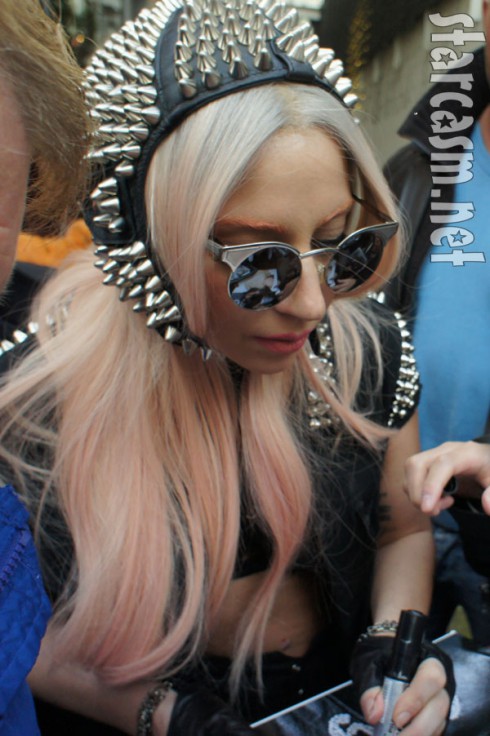 Lady Gaga has achieved massive amounts of fame and monetary success these past few years, but she’s refused to purchase real estate because she’s been constantly touring. Now there’s a rumor that she may finally buy a mansion to deck out Gaga-style . . . in Lancaster County Pennsylvania.

Lady Gaga’s Vampire Diaries boyfriend Taylor Kinney is from Lancaster County, and she’s been frequenting his stomping grounds over the past few months; hanging out at bars, and even a shooting range (hopefully not in that order). She also attended Taylor’s grandmother’s funeral, and was seen around town on Thanksgiving.

Basically there’s not a lot of evidence supporting this speculation, but Gaga’s popping up a lot around the area (almost) looking like a regular person, which lead to local bar and Twitter whispers that the pop star may have quietly bought property in the area to be with her boyfriend.

If she does settle down for a bit, it would probably be better for her to pick a quiet place. Whenever she steps out in her hometown (NY) she always has to have her latest costume perfect to the last detail. In a place like Lancaster, the locals may whisper wherever she goes, but she can walk around like a regular girl and be Stefani Germanotta for a bit.

What should Gaga call her estate when she finally settles down? Monsterland? Born This Way Acres? So Happy I Could Die Ranch?

Lady Gaga leaks the lyrics for “Born This Way!”