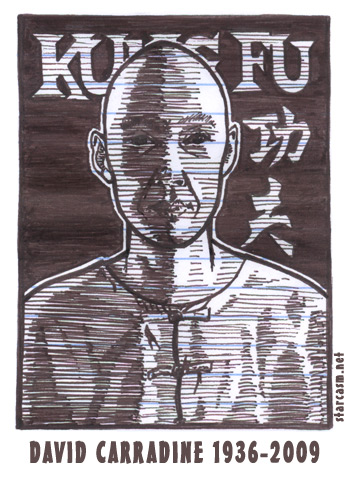 ** And when he arrives at his destination, I am gonna draw Bill. **

****MOST RECENT UPDATE 6/5/09 – A second autopsy performed by famed New York pathologist Dr. Michael Baden has ruled out suicide as the cause of death, but until more information is gathered from Thai authorities, including “results from toxicology tests, an analysis of items found in Carradine’s room, security surveillance footage and a log of room entries from the hotel’s key card system,” he will not say if it was accidental death by autoerotic asphyxiation or if there was foul play involved.