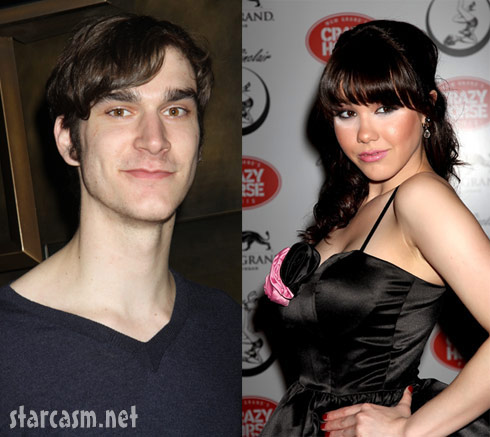 TMZ reported a couple of weeks ago that Hugh Hefner’s son, Marston Hefner, was arrested for attacking his playmate-of-the-year girlfriend Claire Sinclair. Yes, Hugh’s kid was dating a playmate and yes her name is Claire Sinclair.

During that initial report it was revealed that Sinclair told the police that Hefner had punched her, kicked her in the stomach and then refused to let her leave the Pasadena apartment the two shared. Sinclair had contacted family members after this alleged attack and then her family called the cops.

Where there’s smoke there’s fire they say and now the Pasadena City Attorney’s office has officially charged Hefner with one count of, “inflicting corporal injury on a spouse or cohabitant.” He was also charged for vandalism because he allegedly messed up Sinclair’s lap top following their argument.

If he’s found guilty he could face up to a year-and-a-half in jail. Lemme see, Hugh Hefner’s son and California… Something tells me he won’t see that full sentence or even come close.

Lindsay Lohan to have probation revoked