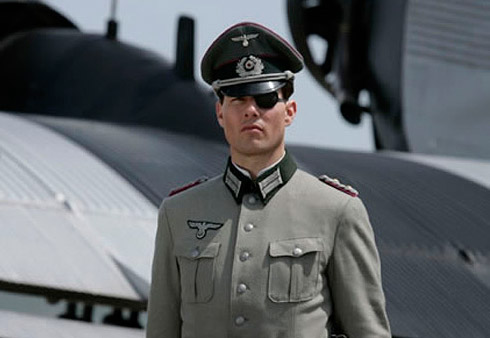 “…his earnestness suggests at best some kind of fictional American soldier trying to infiltrate the Luftwaffe.”
Roger Friedman – Fox News

“In the end, you just have to wonder why a flick featuring a one-armed, eye-patch-wearing Tom Cruise who tries to kill Hitler isn’t more fun than this.”
Sean Burns – Philadelphia Weekly

“But with a cardboard Cruise at the core of ‘Valkyrie,’ you just never care.”
Brandon Judell – Culture Catch

“Alas, incongruous vocal intonations aren’t even the most significant problem plaguing Singer’s film, what with Cruise — missing a hand and saddled with an eye patch, making him seem like a National Socialist pirate — apparently engaged in a contest against himself (and cinematic history) to see how long he can hold the same, intensely resolute expression, and the answer unfortunately turning out to be 120 minutes.”
Nick Schager – Slant Magazine

“If Mr. Cruise doesn’t work in ‘Valkyrie,’ it’s partly because he’s too modern, too American and way too Tom Cruise to make sense in the role…”
Manohla Dargis – New York Times 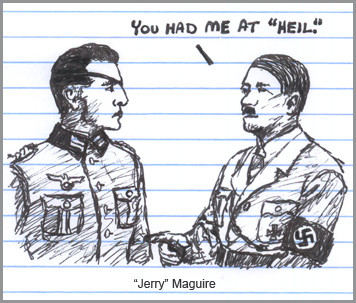 “Cruise cannot suggest the aristocratic hauteur or the steely authority needed in this role. Watching ‘Valkyrie’ (which begins with a tense, well-staged battle scene in 1943 Tunisia in which Stauffenberg nearly dies), you wonder why the German officer we’re rooting for is an American, while most of the other Germans are British, except Wilkinson, who is English but really does seem like a Nazi.”
Michael Phillips – Chicago Tribune

“Most disappointingly, there’s a gaping hole at the center of ‘Valkyrie,’ and his name is Tom Cruise.”
Alonso Duralde – MSNBC

“His penchant for disfiguring or masking his famous face (‘Vanilla Sky,’ ‘Minority Report’) has hit the silly point, yet he’s still too showy to disappear into the role. Plus, he may be the poofiest-haired Nazi in history.”
Joe Neumaier – New York Daily News

PHOTOS Katie Holmes out in NYC without her wedding ring