Grrrrrr! Today’s economic collapse is taking attention away from the things that REALLY matter, like celebrity DUI arrests! It’s especially a shame when the celebrity doing the influenced driving has a hard time cracking headlines, as is the case with Heather Locklear. The former star of “Dynasty,” “TJ Hooker” and “Melrose Place” was arrested in Montecito, California by CHiPs after someone called 911 to report an erratic driver. Here’s her mugshot: 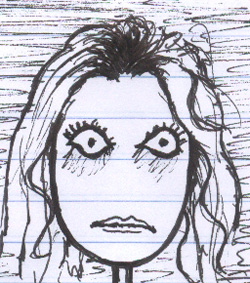 We had starcasm.net paper-azzis on the scene (we follow Heather Locklear EVERYWHERE) and they were able to snag a lock of hair, which is already at the lab being analyzed – we hope to get a drug test result back before anyone else. Here’s a detailed photo of the hair: 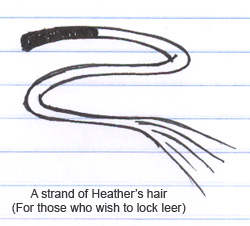 We were saddened to hear the proposed mini-series based on the badly bleached blonde actress’s life and career has been nixed. It seems there were issues of political correctness because they wanted to call it “Roots.”

Melrose Place is BACK!