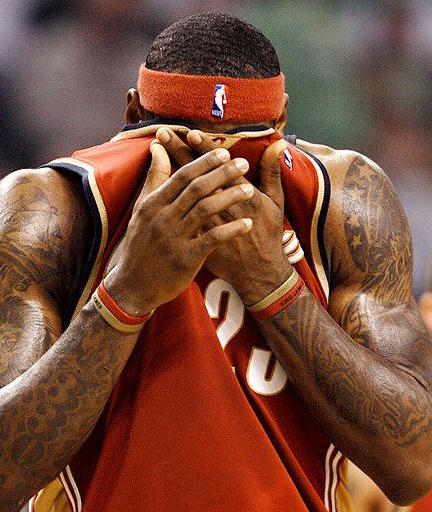 Everyone saw it coming. Most talking-head sports radio guys around the globe thought LeBron James would be leaving Cleveland for sunnier pastures on more championship-probable hardwood.  Yet no one including myself was ready for the backlash and unabashed LeBron hate that would erupt following his televised announcement that he was indeed defecting to the Miami Heat to join up with Dwyane Wade and Chris Bosh!

So here for your enjoyment and amazement is a gathering of some of the best, eye-popping and most outrageous LeBron James hating on the planet, or at least on the world-wide-web, that I could round up.

Well I guess you would start with his former team the Cleveland Cavaliers and their official NBA page.  Majority owner Dan Gilbert fired off arguably the most unbelievable hurt boss letter in history.  You can only assume the Heat did not call Mr. Gilbert for references.  Here is just a snippet of that letter which was posted completely in Comic Sans font:

This shocking act of disloyalty from our home grown “chosen one” sends the exact opposite lesson of what we would want our children to learn. And “who” we would want them to grow-up to become.

It only got worse from there. The next site on my list is ihatelebronjames.com.  Sometimes you just have to say it straight and for the proprietor of this site, Bernard G Watkins (or at least that’s what he’s calling himself) there are no mixing of words or feelings.  Under his contact me link here is what Watkins has to say:

If you feel compelled to convince me that LeBron James isn’t a ref-pampered, media-coddled baby that has become a shameful caricature of himself, give it a shot, you sissy-a*s cheerleader. If you are a free thinker and would like to offer a few words of support, even better.

Two more links for you.  The first is the discussion board for the Cleveland Cavaliers, RealCavsFans.com.  Here is just a random sampling of post titles from the CavTalk forum:

What do we do when he comes to Cleveland?
Anti-LeBron shirts
Where did LeBitc* say he was loyal?
Akron, Ohio Removes “Home of LeBron” James Sign

And how about “Your Anti LeBron Reading List for July 9th?”  This is a great sampling of sports columnist’s negative opinions in regards to LeBron’s announcement special that aired on ESPN.

And just a couple of more links:

I am especially fond of that last clip.  Can you believe how quickly LeBron hating became part of everyday life?  I mean kids laughing at a dog attacking a police officer dressed up as LeBron!  There is some deep social commentary somewhere in there but I’ll save that discussion for another time – or better yet find it somewhere online.

During the messy divorce between LeBron and Cleveland there was a lot of talk about “LeBron’s Brand” and how his decision would effect his marketability.  Well heading down to Florida started up a whole new LeBron hating marketplace!  What red-blooded American LeBron hater wouldn’t want to express their feelings on a shirt? 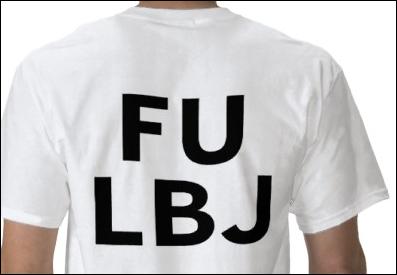 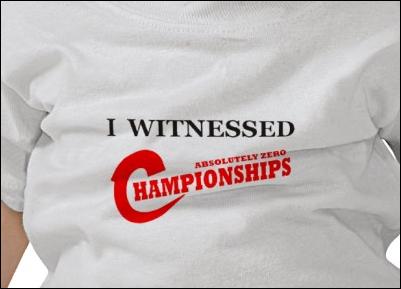 And to close, here are a few images from the departure and the subsequent volcanic eruption against all things King James: 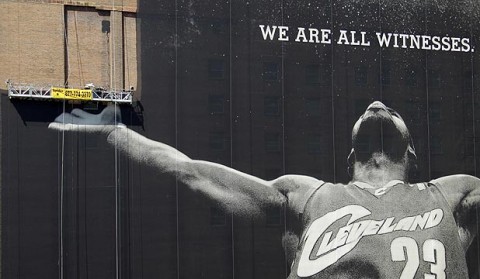 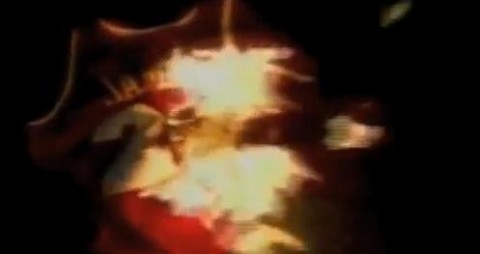 Shawne Williams NBA salary: How much is Jessica Dime’s fiancé worth?