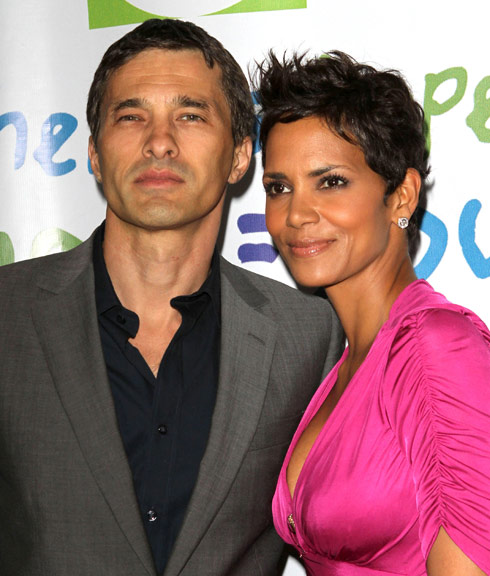 French actor Olivier Martinez made it publicly official that he is better than I am by informing the press that he is engaged to Halle Berry.

This is news we all sort of saw coming as Halle was photographed a while back wearing a super-sized emerald ring on that most important of fingers. People ran a story about the possible engagement based on the claims from a rep with Gurhan Jewelers who took credit for the ring in question.

But Martinez said not so fast jeweler boy!

Olivier was promoting his new restaurant on South Beach in Miami, because that’s the kind of thing you do when you’re a handsome French actor who hooks up with Halle Berry, when he confirmed the engagement and also dismissed the jeweler. He said:

“There is a jeweler taking credit for doing the ring and it’s a lie! They have nothing to do with this.”

This engagement does run contrary to a statement made by Berry back in 2007 to InStyle:

“I will never, never get married again. Actually, it’s just that now I’ve come to a place where I think two people can share their lives without the ring, without the piece of paper.”

Halle has been married twice before to baseball slugger David Justice and Eric Benet.

Jewelrygate and prior convictions aside, I say congrats to the ridiculously good looking couple.