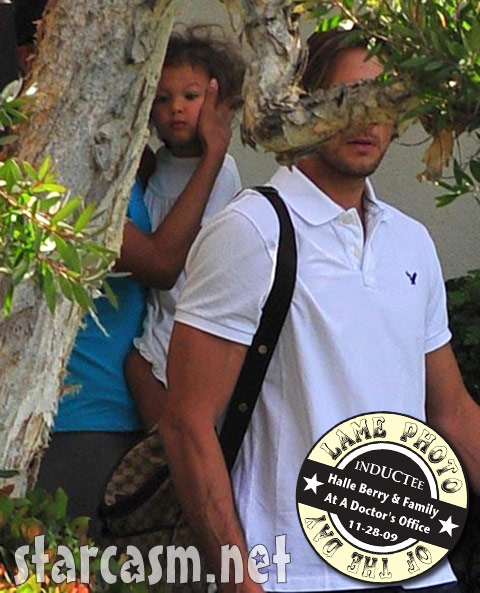 Today’s lame photo reminds us that we need to focus on what’s important and listen to the words of Whitney Houston (actually Linda Creed):

I believe the children are our future
Teach them well and let them lead the way
Blot the moms and dads out with tree parts
That just leaves Nahla and our Lame Photo of the Day!

Sort of in the photo are Halle Berry, her beau French-Canadian model Gabriel Aubry and their 20-month-old daughter Nahla Ariela Aubry exiting a doctor’s office in Santa Monica, California on November 27. To be fair to the photographer and Flynet pictures, there were other pictures in the set in which you could actually see all three family members. But, in a way, that almost makes this photo that much more lame! Why include this one at all? Maybe they did it just for starcasm! (We are that important you know.) Either way, here’s Flynet’s 411 on the photo:

ObjectName: EXCLUSIVE: Halle Berry And Family At A Doctor’s Office In Santa Monica