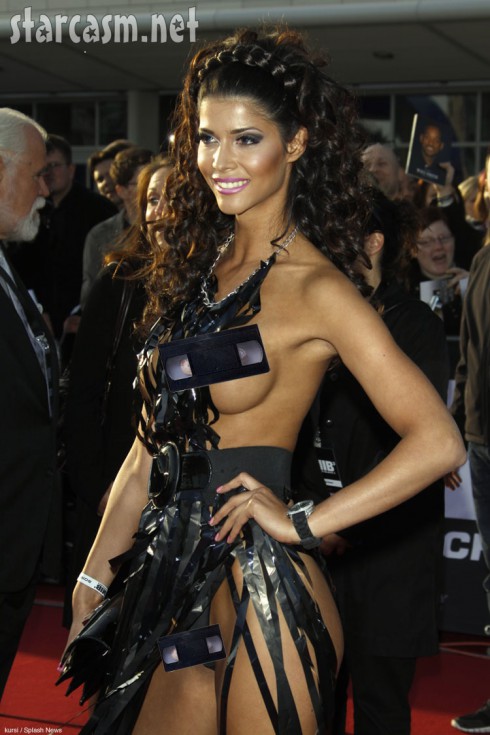 Know who Micaela Schaefer is? Hardly anyone did until the Germany’s Next Top Model contestant stepped out at the Germany Men in Black premiere this week wearing a dress made out of what looks like video tape (the belt really brings everything together (literally.)

The cellulose threads barely covered her top and bottom lady parts resulting in side boobage that Kim Zolciak could only dream of, and a little nip slip. The black strands also swayed in the breeze in a way that could induce stress attacks for anyone who’s tried to repair a VHS tape that’s been mangled and tangled beyond belief. I’m kinda wondering if she’s wearing my long forgotten and destroyed copy of The Little Mermaid. If so, I want that shiz back! 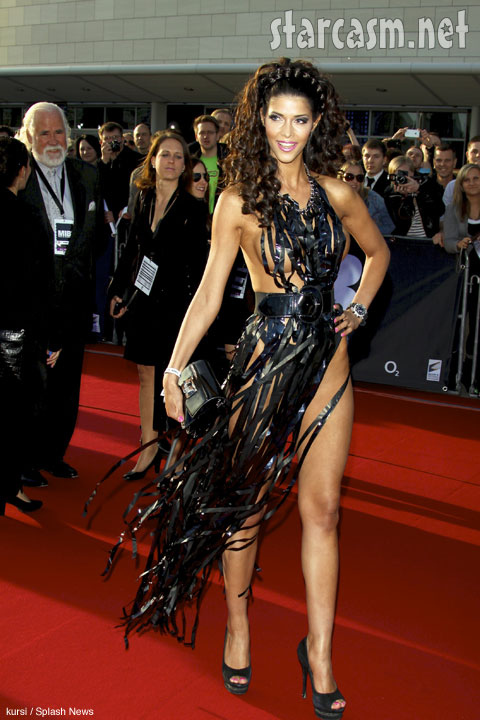 The movie’s stars Will Smith, Josh Brolin and Nicole Scherzinger were also at the premiere, but who really noticed?