The Jonas Brothers have finished shooting a 3D concert movie scheduled to be released February of 2009. (Check out the trailer here) I mentioned the movie in my “Walter the Farting Dog” Jonas Brothers post, stating that “director Bruce Hendricks will attempt the Evil Knievel-esque stunt of taking one-dimensional performers and songs and leaping them over the second dimension, into a 3-D motion picture.” We have our doubts about the possibility of pulling this stunt off, but thanks to a starcasm source on the post-production team, we have acquired a prototype of the 3D glasses that might just be able to make the magic happen! This is some amazing new technology! 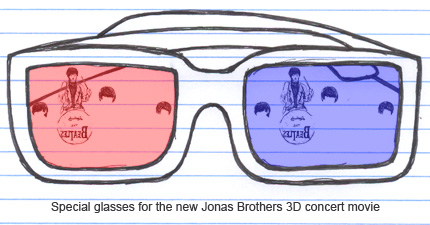 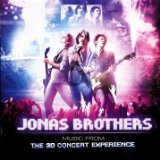 ****UPDATE 2/28/09 – I’ve had a lot of folks asking about the actual Jonas Brothers 3d glasses and I’ve been scouring the internet trying to find an image of the little buggers and I think I finally found one! I expected them to be the typical cardboard frames with red and blue lenses, but apparently they are made out of plastic and were probably more expensive to make than the cheapo sunglasses I wear everyday. Lots of folks are asking how to get them, and though I don’t have confirmation, I am 96.372% sure you get them when you get your ticket at the theater. Anyway, without further ado, here’s the image (from Tamar Anatai’s blog entry): 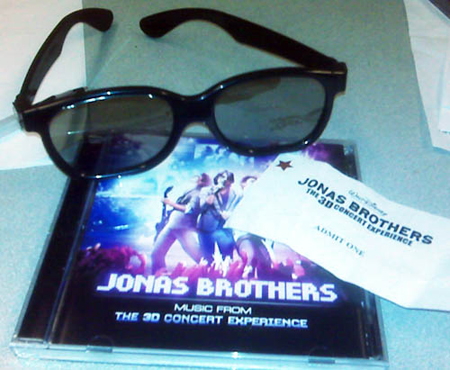 Jonas Brothers To Star In “Walter The Farting Dog”