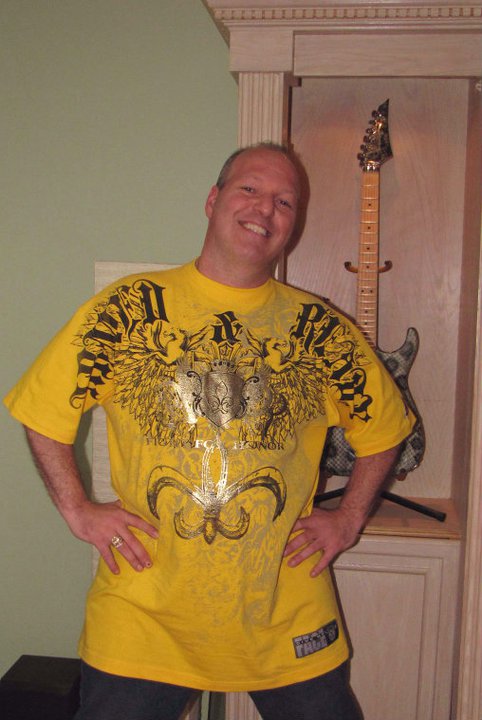 Teen Mom 2 star Jenelle Evans is involved in another Twitter battle with ex-BFF Hannah Inman, but this one involves a third party. Hannah is now reportedly living with a much older man, and Jenelle’s former boss, named James Duffy, who has been posting videos and photos today on Facebook and Twitter of Jenelle (who turned 20 in December) and friend Tori Killem looking extremely drunk. On Facebook he’s also posted screencaps of text messages thanking him for sex and asking him to go buy sex toys that he says are from Jenelle’s former cell number.

Jenelle told starcasm.net exclusively that she never had sex or dated her former employer “Duffy.” However, she did allege that he “sexually harassed” her and lied about having sex with her.

When Jenelle was Duffy’s personal assistant, she would help him pack and ship the guitar necks he sold on eBay. He would invite Jenelle and her friends over for dinner, and they would show up for the free food (and booze.) Eventually he started telling Jenelle more about his sex life. Duffy, who’s in his 40s, bragged that he never “had sex with anyone over 25.” Their business relationship ended when Jenelle says he offered “everything in the world to me ONLY IF i had sex with him.” She declined, and quit working for him immediately.

According to Jenelle, Duffy was previously living with another young woman upon whom he lavished gifts, but eventually she left because of what she considered to be “strange behavior.” 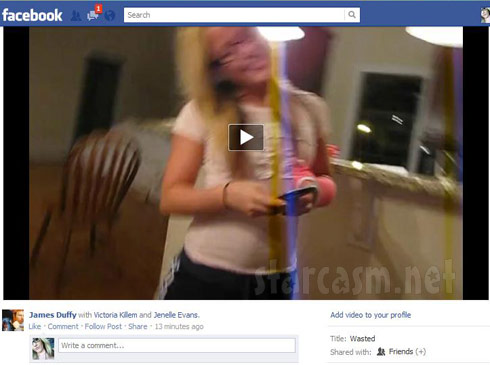 Duffy posted a video on his Facebook page today (screen cap above) of a party at his house with Jenelle, Tori, and Hannah in which all of them appear to be pretty smashed. He claimed that at the beginning of the video you can hear Jenelle telling Hannah and Jeri, another girl at the party, that she could get them drugs. What she can actually be heard saying is “Let me know and I got you.” For the next three minutes he follows the girls around on camera, saying “Da-ta-ta” often and zooming in on Jenelle’s butt (and tramp stamp area.) You can view the video here. At the end of the video Jenelle is caught on tape saying “We’re drunk.”

The night the video was shot, he had invited the under-21 girls over and “supplied the alcohol.”

Hannah’s response to allegations that she was dating James Duffy was this (via Twitter) “HAHA I am not dating nor am I f**king James. He is helping me with my music, that is all.”

UPDATE – The feud between Jenelle and James Duffy has finally been settled as far as the courts are concerned, with both parties’ charges being dropped. As of March 20112, James Duffy has claimed innocence on Twitter to allegations Jenelle Evans made to us (including that “her food was poisoned,” and that she was “sexually harassed”) and says he took a polygraph test for Star magazine.