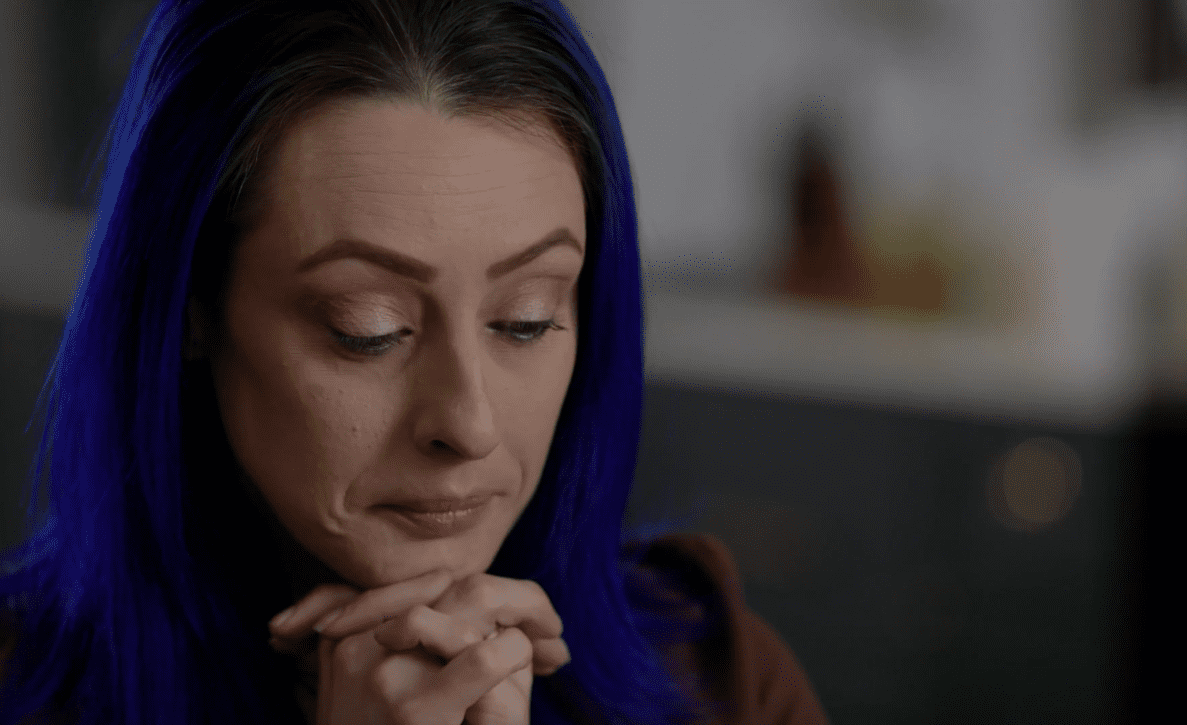 When Christina Gaines was shown mug shot photos of her ex Patrick Fowler for the first time in years for episode 12 of Season 10 of Investigation Discovery’s Evil Lives Here, she was immediately struck by the evil she saw in his eyes.

“This person, you can see what he’s thinking. You know he’s a monster, you know he’s evil. You can tell by his facial expression. I feel like until this man is dead, I’m not free of him, ever. Even though I’m strong now, him looking at me makes me feel like that little girl. I don’t feel strong anymore and I kind of want to stare at these pictures until I don’t feel that way,” she says. 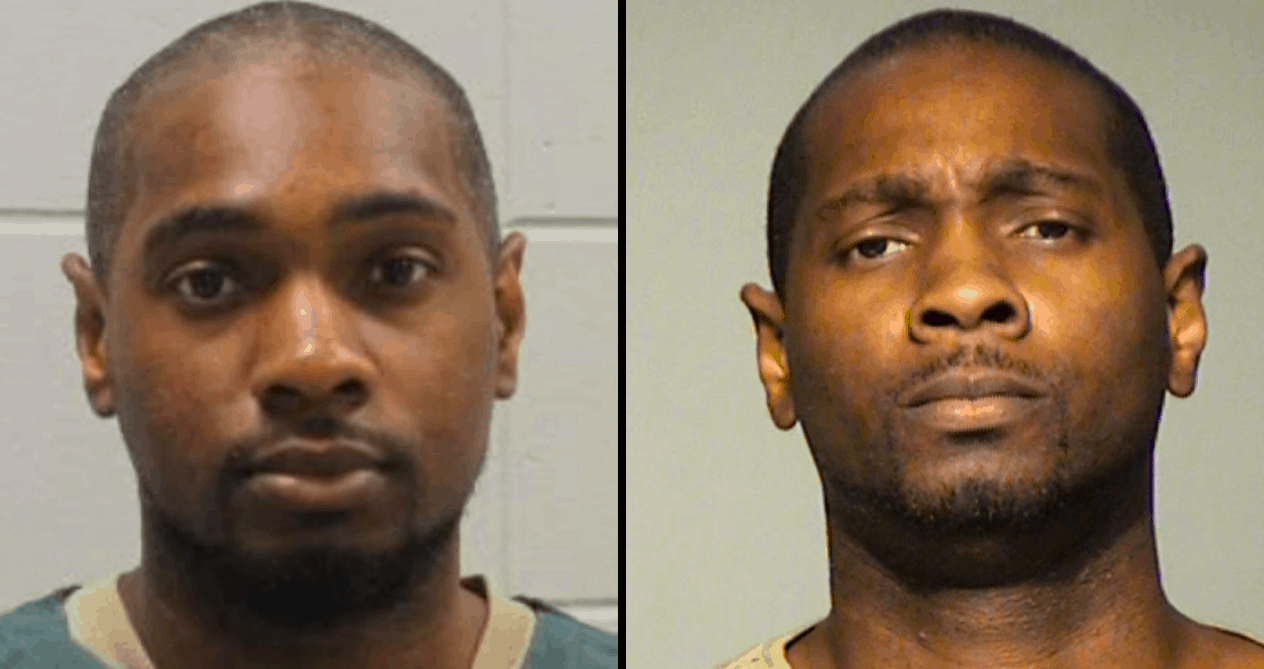 Christina met Patrick through a friend in her early 20s. Her friend really hyped him up, and said that that she knew he was a great guy because she used to date him herself. Looking back, Christina thinks that her friend must have already known that he was abusive, and was using her to get away from him.

At the time Christina found Patrick to be a nice guy who asked a lot of questions about herself and her child. She asked him questions too, but Patrick never revealed very much. His attention made her feel “loved” and “seen.”

Now, she realized that this was a manipulation tactic. He didn’t want her to know much about him, but knowing alot about her made it easier for him to know how to push her buttons.

Christina had had a rough childhood and had no family connections to run to when she found herself a single mom. Patrick offered her a refuse at his mom’s house for Christina and her special needs son. She let his mom know that her plan was to only live there long enough to save up enough money to set up a home of her own.

However, she found she could never save up money because Patrick would find ways to spend more money. One tactic he used was treating the kids (Patrick had two daughters and a step-daughter living with them too.) She recalls a time when they had $40 to their name, and Patrick excited the kids by telling them he wanted to take them to Chuck-E-Cheese.

Christina would look bad in front of the kids if she had to tell them know, so she sees his motives as two-fold: turning the kids against her if she said no, and also preventing her from saving up money so she could move out.

When Patrick’s brother and sister-in-law came to visit Christina realized that Patrick had a deep “distain” for women.

Patrick’s sister-in-law sat on the floor because she said her back hurt, and her roommate, who was also visiting, put his head on her lap. This caused Patrick to explode in anger. He called her a “w***e” and told her to get out of his mother’s house.

She defended herself, and Patrick claimed that she had tricked his brother into marrying her and accused her of taking his brother away from him. He also threatened to hit her.

At this point, his brother stood up for his wife and told Patrick that he wasn’t going to do anything to her. Christina was shocked at Patrick’s behavior. Looking back, she realizes that Patrick got so mad that day because he views women as property.

Christina started to view Patrick’s affection as malicious too. He started wrapping his whole body around her at bedtime to the point where it would hurt, and he wouldn’t let her get up to go to the bathroom. When she eventually got up to go pee, he was upset and accused her of being gone for hours even though it had just been a few minutes. He then started calling her a “w***e.”

Did did apologize when she got upset over that, but he continued to hold her in bed with his whole body. She also found him staring at her when he would take out the trash. He’d make her hold his hand during dinner, and was obsessed with every time she went to the bathroom.

One time Christina thought she had gotten some alone time in the bath whens he saw Patrick’s shoes underneath the door. It creeped her out, so she got out of the bath and he asked her if she had finished yet even though she had just gotten into the bath.

After the bath, he grabbed her by the back of the head and started kissing her really rough. Then, he r***** her. After that, she was afraid of him. She had nowhere to go, however, so she stayed. She felt trapped.

One time Christina got a phone call from a woman who asked her by name. It was Patrick’s probation officer. That day Christina found out that Patrick was sex offender who had sexually assaulted a minor, and he had failed to register as a sex offender.

She also found out that he had recently spent time in jail for a domestic violence charge. His last partner had Christina’s friend, who recommended that she date Patrick, so she felt deeply betrayed. Her friend had lied to her about Patrick’s abuse.

Christina confronted Patrick, and he claimed that he was the victim in the situation. He said it was a girl in the neighborhood who had lied about her age to him, and lied about him putting his hands down her pants.

He then threatened Christina if she “made things worse,” for him. “The life and light went out of his eyes,” Christina said of that moment.

Christina attempted to leave that night, but he snatched her up physically when she tried. She was terrified, and felt like she was “nothing,” in that moment.

He didn’t speak to her as he drug her back to the home where he barricaded her in the bedroom. That night she learned that leaving was truly not an option for her.

One day Christina’s autistic son was playing with a handheld game when Patrick took the game away and told him it was time to eat. The son then had a meltdown and Christina came to her son’s defense.

After that, Patrick grabbed her by the throat and then punched her 10-12 times. After the violence, Patrick ran out of the house. Christina was able to call her mom, and her mom helped her go to the hospital. She contacted the police, but Patrick was on the run.

He then pleaded for her to talk to him. He even offered to turn himself in. She thought that this was a trap, but she was scared for herself and her family. She thought that she wasn’t safe either way and she wanted it to be over, so she agreed to meet him.

He gave her the address where he was staying, and she walked up petrified of what would happen. When he opened the door, he hugged her and started crying. He said he wanted them to still be together. She told him they could make it work, but reminded him of his promise to turn himself in.

The next day Christina says she scrubbed her private area with a Brillo pad because of the shame she felt over that. While talking about this, Christina had a panic attack.

She didn’t get pregnant that day, which she was relieved about. She found a nice house for herself and her son, and thought she was free from him for years. However, she found out he had taken a plea deal and would be out in just a few years.

He also started writing her letters. The first one didn’t have Patrick’s name on it, it was from a different inmate. The letter stated that he knew where she lived and that he was coming for her. The letter included a drawing of her house. He had found out about her house because a different inmate had gotten out and went looking for her to report information back to Patrick.

The letter from Patrick didn’t stop. He would also call her on the phone. He would talk with her about marrying him and having babies. He’d ask her to get her wedding dress.

She says she felt “complete despair and devastation” and would do whatever she was told to do by Patrick because she feared he would kill her when he got out.

We All Die Tonight

One morning, Patrick showed up unexpectedly at her house. He silently walked in, and they stood there looking at each other. Christina started shaking as he put his arm around her and whispered in her ear “are you scared of me.” She told him she was just excited to see him.

She decided to play “happy little housewife,” but the situations he found herself in made her want to die. Within a month, everything go really bad. Christina had turned to alcohol to cope. She was drunk every day, which angered him. He would call her a “w***e” and asked her how many men she’s been with.

He went for her throat again and wrestled her to the ground. She finally slipped out, and he grabbed the butcher knives and came after her. She begged him not hurt her. He put a knife to her throat. He told her she was making him do this, and that it was all her fault. He told her “we all die tonight.”

He kissed her ear, and told her “I’ll never not love you. See you in the afterlife.” Christina pushed in him the groin area, and slide under his legs and ran away to get help.

Patrick was arrested for that incident, but he got another plea deal. The District Attorney called her and asked her to come to a meeting where they told her Patrick had only gotten two years in prison.

Christina didn’t feel protected because he had still found a way to stalk her while he was behind bars before. She asked them to remember her because they would release a monster. She told him that she believed he will kill her when he gets out, and if he can’t find her, she believed he would kill someone else. They told her they would notify her when Patrick got released.

In March, 2016, Christina wasn’t notified that Patrick was getting out. She found out that he had been out of prison for three weeks, and within that time he had murdered another woman. He had stabbed his new girlfriend Jessica Ellenberger and her four-year-old daughter Madyson Marshel. He watched them die and then used the daughter’s coloring book to se the house of fire. 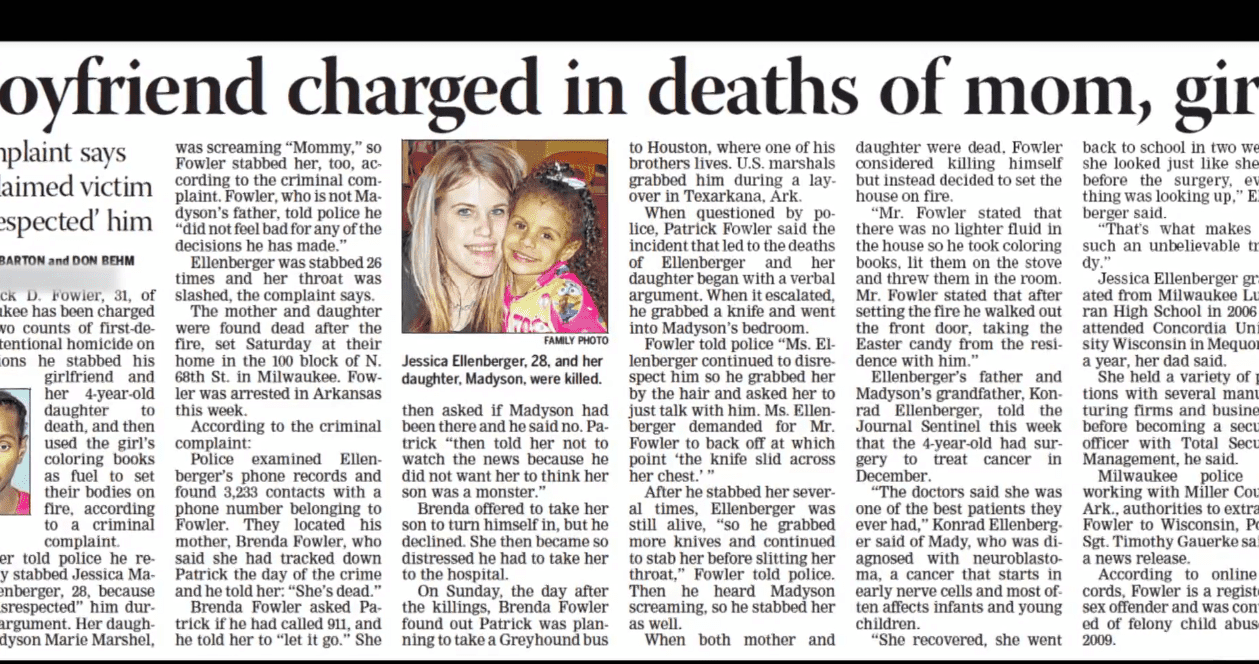 Patrick confessed to the murders. He claimed that he and “grabbed a and a monster came out of me.” When Christina witnessed his confession, she couldn’t believe that he had said that because that’s exactly how she sees him. She feels like he lets a monster out, and that letting the monster out is a choice for him. She now feels closure from the fact that he admitted that he is a monster.