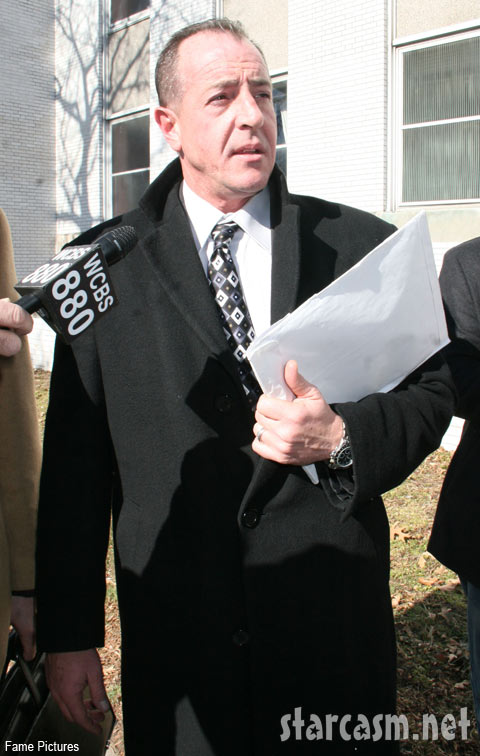 Michael Lohan suffered a mild heart attack last night days after canceling a celebrity wrestling match over chest pains, and just days before a scheduled procedure to remove an artery blockage. Lohan has a well-known past with drugs, but recent comments from his daughter Lindsay, and a video that he shopped around of his recent ex-girlfriend Erin Mueller using cocaine, might suggest that he has been using cocaine in recent history too.

After Michael was taken to the hospital March 6, 2010, with chest pains, his estranged daughter Lindsay told Britain’s OK!:

“He’s nuts. He is someone who is crying out for help and attention. He is the one who should be in rehab. He has been on and off like this my whole life.”

Lindsay also told The Sun that her dad is the one who taught her to ride the white mountains:

“I was only aware of cocaine because of my dad. I was terrified of it. But I tried it because I was stubborn, stupid, and wanted to see what it was like.”

Micheal Lohan is a generally physically fit 50-year-old guy, so his recent or even past cocaine use could have been a factor. When you use cocaine, it constricts the blood vessels, and during the first hour of use people have 24-times the risk of experiencing a heart attack. Even if you haven’t used in a while, past cocaine use can still be a risk factor for a heart attack, according to the University of Michigan Health Systems using cocaine can come with a seven-fold lifetime risk of heart attack.

Michael himself admitted that his past lifestyle contributed to his heart attack, telling Radar Online:

“This is all down to stress and living a certain lifestyle when I was young stockbroker in New York.”

Right now he’s scheduled for an angioplasty and having stents put in, and Jon Gosselin’s ex girlfriend Kate Major is by his side. Despite their tumultous relationship, he also received a text message from Lindsay:

“OMG. Hope you are okay”