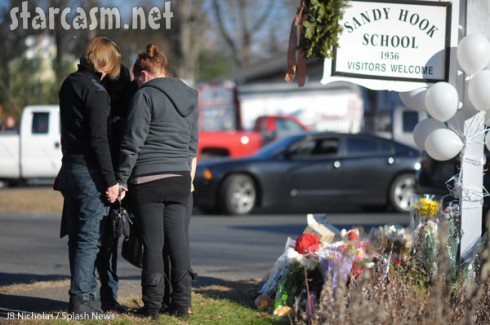 Yesterday 20 children and seven adults lost their lives yesterday after 20-year-old Adam Lanza shot his mother Nancy in the face and then went to  Sandy Hook Elementary School, where she worked, and opened fire in a classroom of children. He was dressed in black battle fatigues.

A team of 4 doctors, 10 technicians, and a medical student were on the scene until about 12:30 a.m. identifying and photographing the victims. The medical examiner says each child was shot between 3 and 11 times, at least two at very close range.

At first, news outlets mistakenly reported that the shooter was Adam’s older brother Ryan, who works for Ernst & Young in Hoboken, NJ, because Ryan’s identification was found at the scene.

There are some reports that the day before the incident, Adam Lanza had been at the school and had an altercation with four teachers, but those reports are now being called into question. In fact, many of the first reported facts about this massacre have been proven to be inaccurate, creating mass media confusion.

The New York Times reported that the principal buzzed Adam in because she knew he was the son of a teacher (his mom Nancy,) but CNN spoke to a close friend of Nancy’s who said that she was not a teacher, and was retired from a finance career:

Nancy Lanza had retired or was on a break from her career, but she was not a teacher, the friend said.

The police announced today that they have found no record that Nancy worked at the school in any capacity. Also, Police Lietenant Paul Vance says that the principal didn’t buzz Adam in, as some initial reports stated, but he forced his way in.

So far it appears to be accurate that, as ABC News reports, principal Dawn Hochsprung (47) was the first person murdered, and that the entire school had to hear that happen because the intercom was turned on, possibly for morning announcements.

“Yeah, yeah, she was crying. I thought she was screaming. That’s what we heard over the loudspeaker. We heard kids crying.

“We have established the point of entry. He was not voluntarily let into the school at all, he forced his way into the school, but that’s as far as we can go on that.”

Adam had been living with his mother Nancy and he used the handguns she bought after she got a divorce from his father four years ago, and wanted protection when she was alone in the house. Friends say she took her sons to target practice with her to learn how to use the guns.

A Glock and a Sig Sauer and a .223-caliber rifle were found at the scene, according to Newsday.com

Connecticut State Police Lieutenant Paul Vance said at a news conference that investigators have gotten evidence that explains why this happened:

“Our investigators at the crime scene … did produce some very good evidence in this investigation that our investigators will be able to use in, hopefully, painting the complete picture as to how – and more importantly why – this occurred.”

Of course, there is no reason good enough to answer why this happened, but it sounds like Adam had a specific motive. Even so, it is still unimaginable why he opened fired in a room full of children, and shot them multiple times. There is no explanation for that, ever. 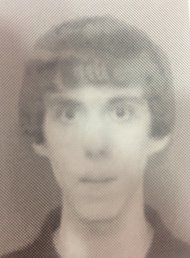 The New York Times reports that Adam was an intelligent and quiet student who brought a black briefcase to his 10th grade honors English class.

He didn’t have a Facebook page, (unlike his brother, whose Facebook profile received a deluge of attention when he was misidentified as the killer,) and kept to himself. His fellow students interviewed by The Times claimed he had Asperger’s Syndrome, and they found it difficult to relate to him. At some point, he is believed to have dropped out of the school system.

Matt Baie: “It’s not like people picked on him for it. From what I saw, people just let him be, and that was that.”

Olivia DeVivo: “You could tell that he felt so uncomfortable about being put on the spot. I think that maybe he wasn’t given the right kind of attention or help. I think he went so unnoticed that people didn’t even stop to realize that maybe there’s actually something else going on here — that maybe he needs to be talking or getting some kind of mental help. In high school, no one really takes the time to look and think, ‘Why is he acting this way?’ ”

CLICK HERE to read how you can help the victims and community, and how to help the children in your lives deal with this tragedy.