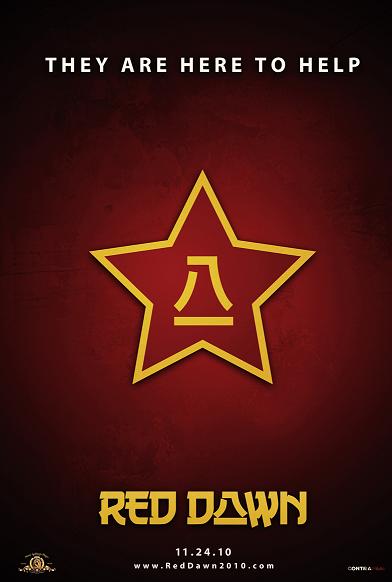 UPDATE – Red Dawn‘s 2010 release date got pushed back due to MGM’s bankruptcy issues, but now has a new release date of November 2, 2012. CLICK HERE to read all about it!

Tom Eckert (played by Harry Dean Stanton) implores his two sons from a makeshift prison camp in the original 80’s classic war movie Red Dawn.  Recycle Hollywood is back at it, this time taking on this cornerstone of 80’s cinema mythology.

In the original version it’s those darn Russians that invade America, and a small band of all-American high school kids led by the Eckert boys, played by Charlie Sheen (Matt) and the late Patrick Swayze (Jed), hide in the hills and mountains on the outskirts of town and reek havoc on the local invaders.  To refresh your memories, here are some of the ’80s Hollywood staples that appeared as the original band of Wolverines (named after their high school mascot) followed by a promotional poster for the movie: 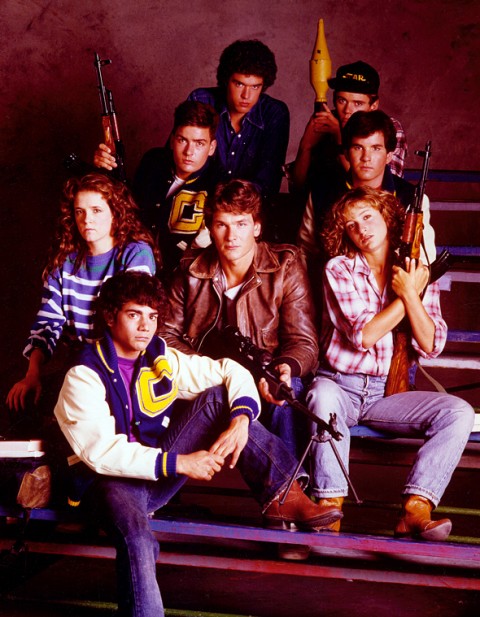 Wolverines! Just seeing that front line cast, especially “Baby whom no one puts in a corner” holding a rifle, has us feeling super-patriotic! Lettermans and lead, doe-faced heartland heroes one and all! That there my friends is American cinematic history!

This time around Metro-Goldwyn-Mayer will be distributing the film directed by Dan Bradley (long time stunt coordinator, first time director).  There is already a tremendous amount of buzz surrounding this remake of a cult classic, which will replace the Soviet Union with China and the WolverSheens with:

Josh Hutcherson was asked about Red Dawn during his promotion of The Kids Are All Right at Sundance.  Here is what he had to say:

Adrianne Palacki made a brief comment about her role as Toni during a promo for the film Legion:

The remake certainly has a lot to live up to.  Here is the trailer for the original 1984 version of Red Dawn. Hard to believe this was 26 years ago!

In the immortal words of Team America, “AMERIKUH! F*** YEAH!”