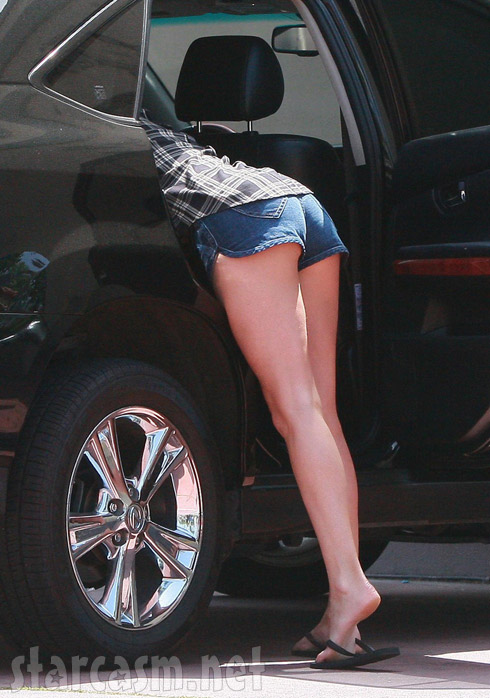 Actress Charlize Theron showed off her Reindeer Gams after doing some grocery shopping in West Hollywood Sunday. Wearing a teeny tiny pair of hemmed Daisy Dukes, Charlize decided to treat Paparazzi to a Thightalian job while leaning into the backseat of her car. Speaking of backseat, the Legend of Legger Vance won’t be winning any SAG Awards for that Trial and Derriere!

In addition to wincing at the heavy-handed Charlize Theron movie title plays on words, you’re probably asking yourself, “How do I know those are Charlize Theron’s legs?” As proof, I offer this photo taken moments before of Charlize leaving the grocery store clutching a couple bags full of groceries. Notice she is wearing the same shorts and shoes: 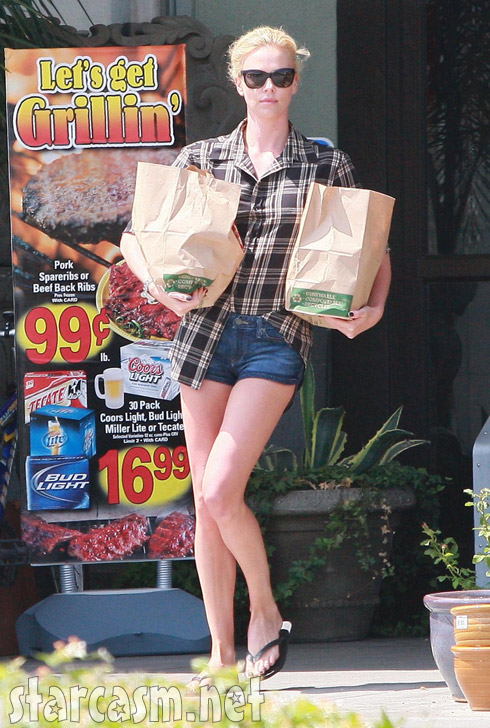 Charlize is a beautiful and sexy woman, and she’s even more so when standing in front of an advertisement for beer and meat! “Let’s get Grillin'” indeed!

Ahhhhh… To be a Princess