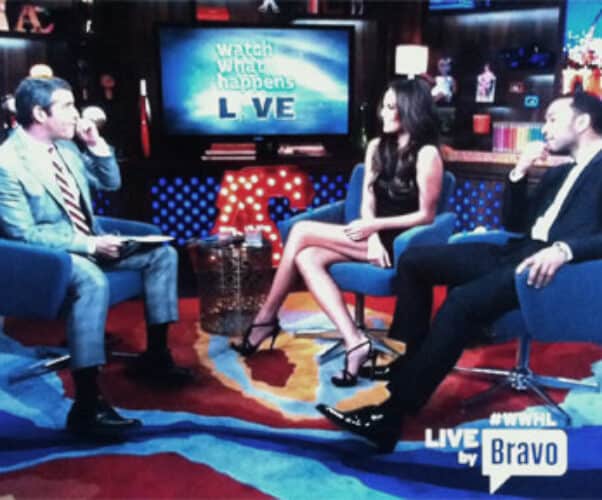 This is why they call it Watch What Happens: Live and not Watch What Happens: Recorded Earlier Today! Super producer John Legend was on the hot seat playing “Plead the Fifth” when his chivalrous nature forced him to plead the fifth on the very first question, which was to reveal something embarrassing about his fiancee, model Chrissy Teigen. Chrissy, who was also in the clubhouse, let out a big “awwwww” and gave her man a smooch.