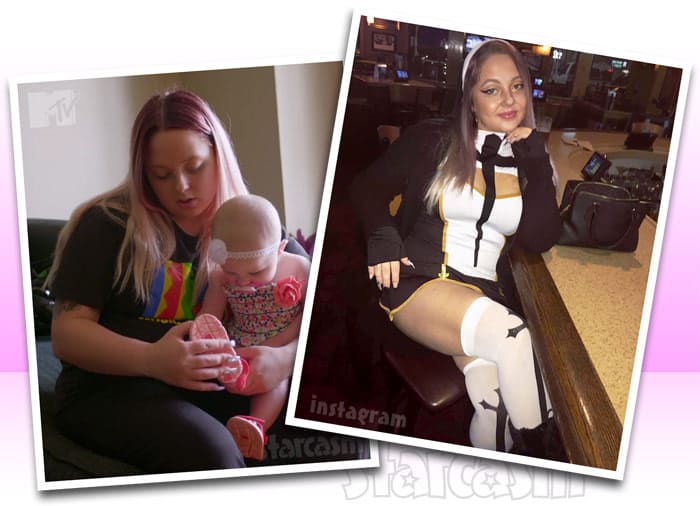 Teen Mom: Young and Pregnant star Jade Cline shared an Instagram post before Monday night's episode and revealed that she has lost almost 30 pounds since the episode was filmed! In addition to a brief video clip highlighting her trim tummy, Jade also showed off her weight loss by donning a naughty nun costume for Halloween. Keep reading to see the photo and video, plus read Jade's comments on how she shed the pounds and what her goal weight is.
Read More... 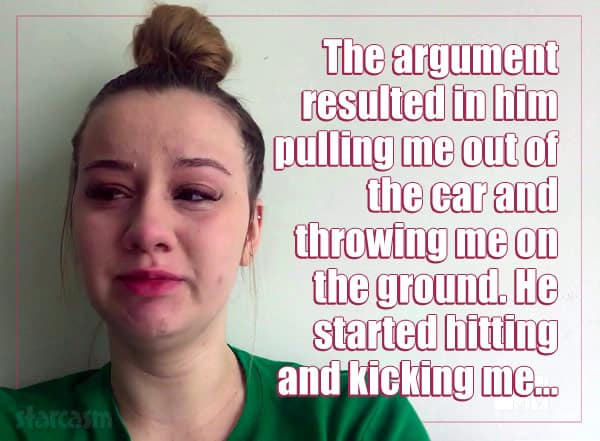 As we exclusively revealed earlier this month, Teen Mom: Young and Pregnant star Kayla Sessler took out an emergency order of protection against her son Izaiah's father Stephan back in late May. She later revealed that it was due to "domestic violence stuff," but we didn't know any details. That changed during Monday night's episode when Kayla broke down crying while recounting exactly what happened.
Read More... 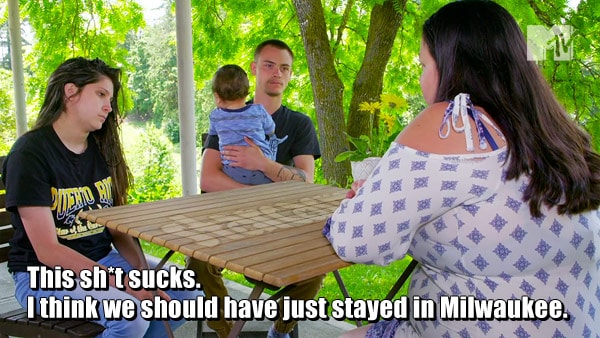 Teen Mom: Young and Pregnant star Brianna Jaramillo updates everyone on her and her family's relocation trip to Oregon, revealing if they were ever able to find jobs and a place to live, or if they were forced to Milwaukee. Plus, did Brianna and her boyfriend Robert Reams split up?
Read More... 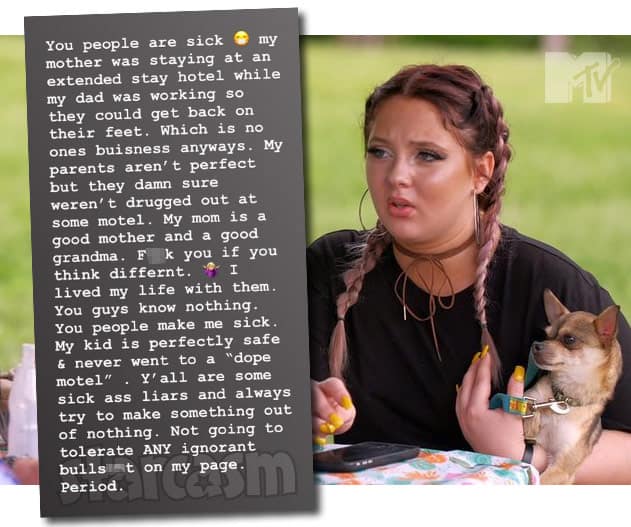 Some Teen Mom: Young and Pregnant fans expressed concerns after Jade Cline allowed her mother Christy Smith, who has a history of drug addiction issues and stints in jail, to take her daughter Kloie and stay in a hotel for the night on Monday's episode. Some of the more harsh criticisms angered Jade, and she took to Instagram to defend her mother -- despite the fact that she stated the same concerns about her mother last season.
Read More... 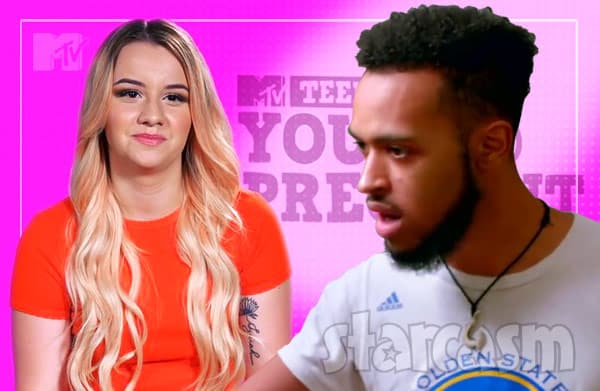 As we exclusively revealed last week, Teen Mom: Young and Pregnant star Kayla Sessler took out a protective order against her son Izaiah's dad Stephan Alexander earlier this year, and now she is opening up a bit about what motivated her to file for the order.
Read More... 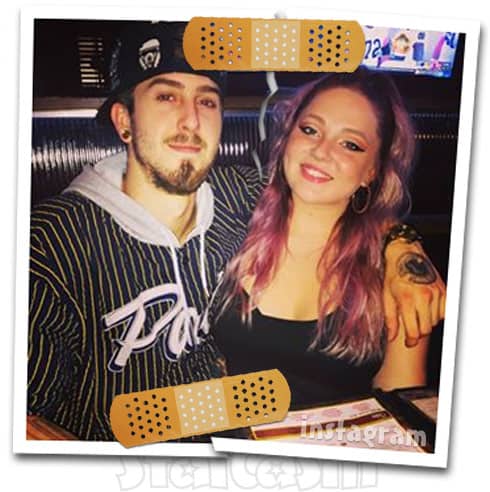 The new season of Teen Mom: Young and Pregnant premieres on Monday, October 15 and apparently one of the things viewers can expect to see is mom Jade Cline patching up what seemed to be an unpatchable relationship with Kloie's dad Sean Austin!
Read More... 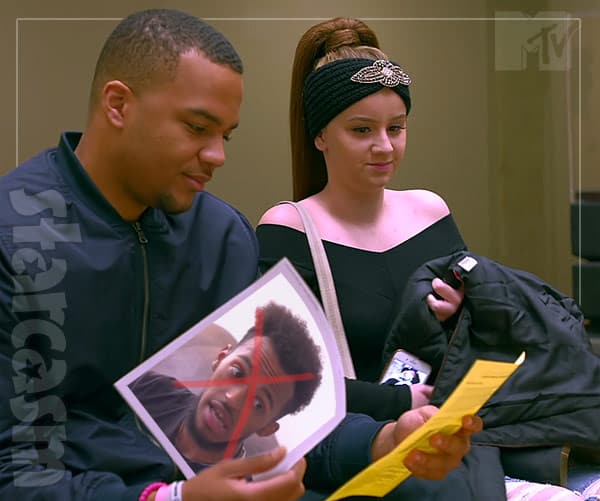 We previously reported that Teen Mom: Young and Pregnant star Kayla Sessler had moved on from her son Izaiah's hot-tempered dad Stephan with a new man, and we have now confirmed that the couple's break up involved legal interaction in the form of a protective order.
Read More... 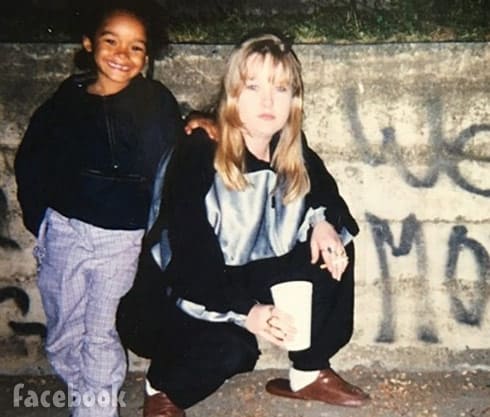 Teen Mom: Young and Pregnant grandma Shenandoah "Shen" Williams may have quit the show for good, but Bar's outspoken mother plans to continue sharing her story by writing a series of autobiographical books! Shen talked about her memoir plans in the comments section of an EPIC throwback photo of herself that could very easily be the cover photo for one of the volumes.
Read More...
We use cookies to ensure that we give you the best experience on our website. If you continue to use this site we will assume that you are happy with it.OkNoPrivacy policy