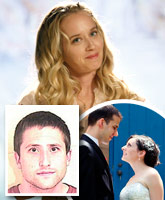 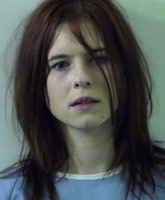 It's Saturday, and that means it's time to pop out the red wine and popcorn and get ready for another cinedramatic treat from Lifetime! Keep reading to find out all about tonight's feature presentation, Fatal Memories, including a preview trailer, synopsis, and whether or not it is based on a true story like the 1992 made-for-TV movie of the same name–which was also about murder and repressed memory.
Read More... 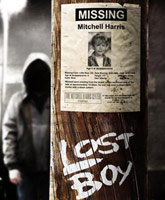 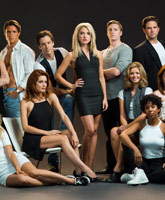 The guilty pleasure factory known as Lifetime has a brand new addition to its popular "Unauthorized Story" movie franchise as they tackle one of the greatest guilty pleasures of all time, the reality-highly addictive shark jumpathontastic 1990s drama Melrose Place! Keep reading to check out The Unauthorized Melrose Place Story cast photo with a guide to let you know who's who!
Read More... 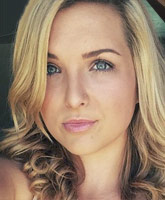 Tonight is the world premiere of the original Lifetime movie Kidnapped: The Hannah Anderson Story based on the abduction of 16-year-old Hannah Anderson and the murder of her mother and brother in California in 2013 by family friend James "Jim" DiMaggion. Find out how Hannah is doing today and get her not-so-favorable reaction to the Lifetime movie! (Includes the full NBC News special one year after the kidnapping featuring an interview with Hannah.)
Read More... 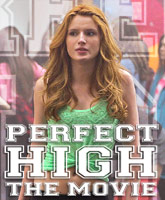 You would be hard-pressed to come up with anything that is more widespread and destructive in the United States today than heroin addiction. In June, Lifetime will explore one of the most common ways people find themselves trying heroin for the first time. Perfect High is a Lifetime original movie starring Bella Thorne as a suburban high school dancer who suffers a knee injury that requires that she take prescription painkillers. As is often the case, her use of painkillers soon turns to addiction, and heroin presents itself as a cheap alternative. Keep reading for more info about the movie (including photos), as well as some rather startling facts about heroin use in the US.
Read More... 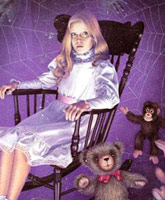 Lifetime and author V.C. Andrews are the Reese's Peanut Butter Cups of cable TV movie combos, and today it was revealed the successful partnership will continue as Lifetime has officially given the greenlight to a movie adaptation of Andrews' novel My Sweet Audrina. Keep reading for all the details, including who will be playing the role of Audrina!
Read More...

Kylie Jenner admits the truth; Beyoncé has us wondering whether she's lying; a heroic mother risks her life to save her children (in two different scenarios!); and reality TV is about to get an even deeper suntan: Check out these and other noteworthy stories from the past week.
Read More...