It's been more than eight months since fans of TLC's hit international romance reality series 90 Day Fiance have been treated to a new episode, but that looks to change soon. The network is currently filming a whole new batch of K-1 Visa hopefuls, and the episodes are slated to premiere some time in October. Keep reading to find out what we know about the new season, as well as the Season 2 catch-up special.
Read More... 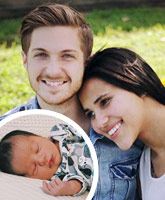 Congratulations are in order for 90 Day Fiance Season 2 sweethearts Amy and Danny Frishmuth, as they've welcomed a baby boy! He was born on Saturday, June 27, at 1:51 a.m. and was 7 lbs, 2.5 oz and 21 inches. Keep reading to see photos and find out his name!
Read More... 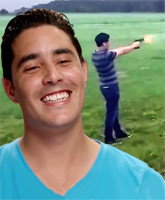 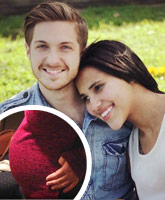 We are happy to share some really great news for fan-favorite 90 Day Fiance Season 2 sweethearts Danny Frishmuth and Amy Africa Frishmuth as the abstinent-until-marriage duo apparently figured things out and are now expecting their first child together! Keep reading to see a baby bump photo and find out when the baby is due and what the sex will be!
Read More... 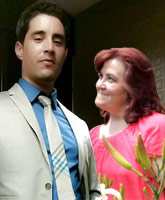 It's been a couple months since our previous update on 90 Day Fiance super couple Danielle and Mohamed Jbali. The last time we checked in, Mohamed was in Las Vegas (without Danielle) to celebrate his birthday and Danielle was about to head off to Pakistan for some reason. So how are they doing now?
Read More... 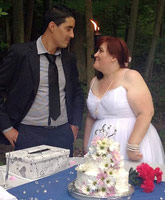 By popular demand, here is an update on 90-Day Fiance couple Danielle and Mohamed, one of which is reportedly in Las Vegas and the other is preparing to fly out to South Asia this week! Plus, is 90-Day Fiance Season 3 in jeopardy?
Read More... 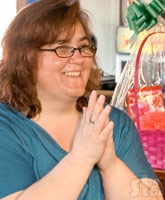 Although the second season of TLC's popular international romance reality series 90-Day Fiancé aired its last episode more than a month ago, it seems that the drama never ends for the headline-grabbing couple Danielle and Mohamed Jbari. The latest news was a bombshell dropped by Danielle on Facebook earlier this week when she announced to her fans, "I have some happy news to share with everyone, I think we are expecting a child."
Read More... 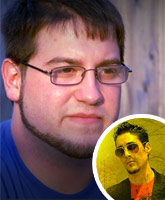 Anyone who watched the second season of TLC's 90 Day Fiance could see that Danielle's family, including her four children, were not supportive of her relationship to her Tunisian fiance Mohamed -- perhaps none more so than her son Corey. Apparently Corey's disapproval of Mohamed escalated further than what viewers saw because he was found guilty of a domestic violence charge against Mohamed in November! Keep reading for all the details.
Read More...