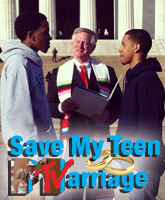 MTV has had a great deal of success in the past sharing the stories of teenage relationships on shows like 16 and Pregnant, Teen Mom, Catfish and Engaged & Underage — not to mention the many, many True Life episodes — and it appears they will soon be adding one more show to their teen love repertoire with Save My Teen Marriage! 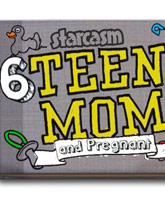 MTV officially announced earlier this month that they were casting for a sixth season of their ground-breaking docuseries 16 and Pregnant, and we later shared reports that the network was considering the possibility of choosing four mothers from 16 and Pregnant Season 5 for a Teen Mom 4. But now it sounds like the actual truth is a mixture of those two stories as MTV has revealed the new season of 16 and Pregnant will be revamped and presented in the Teen Mom format with four mothers' stories told over multiple episodes.
Read More...
Reality Tea - Blind Item: Which Real Housewives star is about to “leak” a sex tape? Celebitchy - Blake Lively is like the Duggars how? The Blemish - Tara Reid goes bra bowling, The Dude abides Celeb Dirty Laundry - Beyonce pets tiger cub, complainers complain about it Necole Bitchie - Viola Davis wins People's Choice Award for classiest shade throwing at People's Choice Awards Us Weekly - Of course Sophia Vergara was a beautiful 18-year-old bride
Read More... 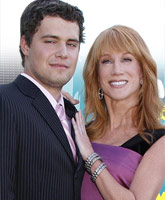 Do you know any "exciting, empowered, sexy women between the ages of 29-42 who have a penchant for dating younger men?" Then you need to let them know Metal Flowers Media is currently casting for a brand new reality series set to start filming at the end of the month called The Cougar Club. But you might want to mention that this is for Playboy TV and potential cast members "must be comfortable with nudity." #MEOOOWWWW! Filming starts at the end of January -- keep reading to find out how to apply now!
Read More... 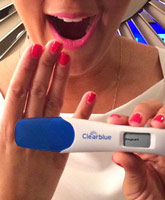 Can you guess which actress and reality star just announced she is pregnant with a fun instagram photo holding a positive Clearblue pregnancy test? Here are some hints to help you out: • This will be her second child • She wasn't born in America • She was born July 6, 1978 • She did not lose her virginity until she was 29 • She has a famous twin Give up? The answer is...
Read More... 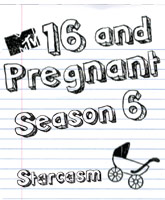 MTV appears to be doubling down on one of its few non-competition-based reality series franchises by following up their announcement that the original Teen Mom (minus Farrah Abraham) would be returning in 2015 with a casting call for a sixth season of 16 and Pregnant. Keep reading for the full casting announcement and find out what changes are reportedly in store for the new season!
Read More... 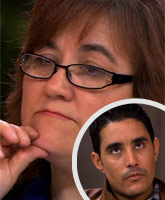