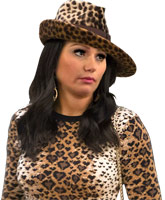 The brand new preview trailer for Jenni "JWoww" Farley's movie The Mint is here, and it features a lot of JWoww pretty much being the Cookie Lyon of Jersey Mint Records!
Read More...
Pretty Woman turned 25 yesterday, and it turns out that this Cinderella-inspired fairytale about a "hooker with a heart of gold" may be more off-base than we thought.
Read More... 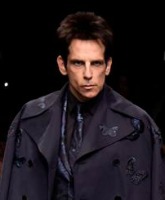 Can you handle the blue steel? Ben Stiller and Owen Wilson killed it during Valentino's Paris Fashion Week show today to kick off promotions for Zoolander 2. Watch the really, really, ridiculously good-looking models in action and find out what we know about the upcoming film...
Read More... 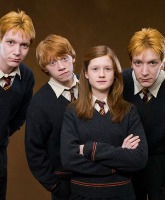 Harry and Hermione weren't there, but a few other Harry Potter stars gathered in Los Angeles this weekend for a fun night out on the town -- and kindly documented the reunion for the rest of us!
Read More...
This is Jared Leto's amazing mane of hair attending the 2015 Vanity Fair Oscars after-party in a swan song. Leto has since shorn his locks to play The Joker in the upcoming Suicide Squad movie.
Read More...
This is the first photo released of Oscar winner Eddie Redmayne as transgender Lili Elbe for the upcoming film The Danish Girl, a fictionalized account of the life of the first women to receive sex reassignment surgery in the 1930s.
Read More...
It's a banner time for the Edward Snowden documentary CitizenFour. Last night it picked up an Oscar, and tonight it premieres on HBO. In celebration of that, the filmmakers and Edward Snowden himself did a Reddit AMA. Snowden, who's currently in Moscow, revealed his biggest regret.
Read More...
That was no leak–that one was deliberate. Netflix took advantage of the Oscar telecast to drop a brand spankin' new House of Cards trailer in our laps. Just five days to go before we get Season Three! Plus: The mystery of the paranoid song that appears in each new trailer is solved. Check it.
Read More...
We use cookies to ensure that we give you the best experience on our website. If you continue to use this site we will assume that you are happy with it.OkNoPrivacy policy