Jwoww came on the scene with a surgically altered bustline, but she recently revealed she swapped out her 34Fs for another pair.
Read More... 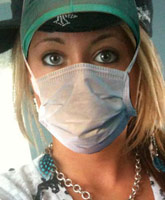 Usually the Teen Mom star making headlines for getting lip injections and job offers in Farrah Abraham (and not in a good way), but Teen Mom 2's Jenelle Evans has reportedly been the recipient of both over the last week!
Read More...
The Little Baby Face Foundation, a NYC nonprofit, is offering a controversial service: free plastic surgery for low-income teens with facial deformities. NBC's Dateline followed the story of four of these teens, including 15-year-old Renata, a young girl who used to compete in beauty pageants, but has been homeschooled for three years because of the torment she received in school.
Read More... 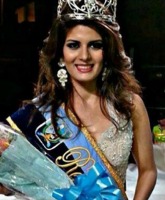 Catherine Cando, a 19-year-old medical student from Ecuador, died after agreeing to get the plastic surgery she received as a prize for winning the Queen of Durán beauty pageant.
Read More... 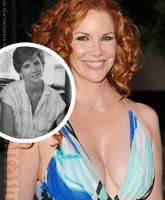 On New Year's Eve former Little House on the Prairie star Melissa Gilbert penned a lengthy, insightful and quite humorous blog post announcing she was planning on having her breast plants removed. In the post, titled "A Tale of Two Titties," she reflects on her career in Hollywood and how from a very young age she was pressured into thinking she needed to "improve" her looks -- which not only meant larger breasts, but an altered nose as well. She even revealed that during the last few seasons of Little House she "was made to wear a padded bra."
Read More... 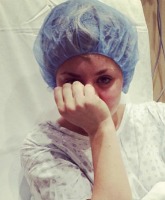 Big Bang Theory's Kaley Cuoco recent went under the knife for an operation on her nose, but wants everyone to know it wasn't a nose job! See the post-operation pictures she posted and why she says the procedure was a necessity.
Read More... 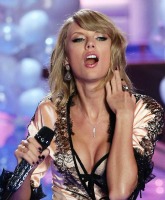