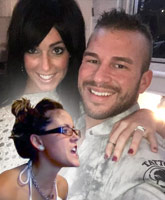 Former Teen Mom 2 couple Jenelle Evans and Nathan Griffith appear to be in a race to see who can move on the fastest! Jenelle has been lightning quick, jumping into a pretty serious relationship with new beau David Eason within weeks. But it turns out that Jenelle is no match for Nathan's speed dating skills, as he had moved on with girlfriend Jessica Henry before he and Jenelle even split! Now, engagement rumors are swirling after Jessica was spotted sporting some serious bling on her ring finger. And, never one to be upstaged, Jenelle responded by announcing she is quitting Teen Mom 2!
Read More... 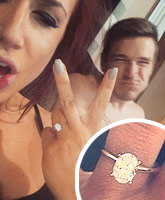 Congratulations to Teen Mom 2 stars Chelsea Houska and Cole DeBoer as they announced Wednesday they are engaged to be married with a series of photos showing off Chelsea's engagement ring! Keep reading to check out all the photos as well as both Chelsea's and Cole's funny, lovey-dovey captions.
Read More... 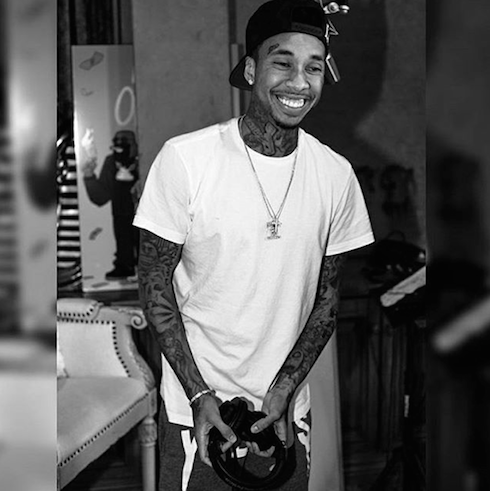 At least one member of the Kardashian-Jenner alliance has spoken out against the rumored Tyga-Kylie Jenner engagement. None other than Caitlyn Jenner has disagreed with the union, saying simply: "They're way too young." What else did Caitlyn have to say? Read on to find out...
Read More... 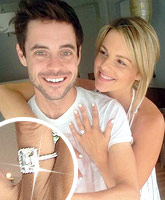 Put away those roses, guys: former Bachelorette star Ali Fedotowsky is officially off the market. Her long-time boyfriend, T.V. and radio host Kevin Manno, liked it so much that he put a ring on it. So, while she may not have found love on TV, she did find love with a TV professional! (See what I did there?) Keep reading to check out the finger bling pics!
Read More... 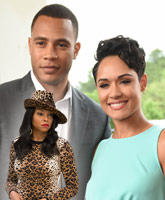 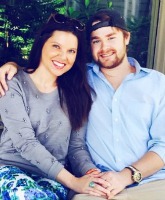 19 Kids and Counting's Amy Duggar -- Jim Bob's niece and the star of TLC's A Duggar Leaves Home -- is engaged! See her stunning ring from Dillon King and check out photos from his sweet proposal.
Read More... 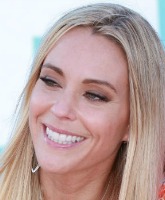 Could Kate Plus 8 become Kate Plus...Even More? TLC star Kate Gosselin sparked rumors she's preparing to walk down the aisle again by wearing a large ring on that finger during a big event this weekend. Find out more about who she's reportedly dating...
Read More... 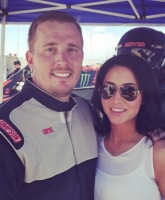 Just day before they were set to walk down the aisle, Bristol Palin and Medal of Honor recipient Sgt. Dakota Meyer's wedding has been called off. See the statement from Sarah and Bristol about the decision...
Read More...
We use cookies to ensure that we give you the best experience on our website. If you continue to use this site we will assume that you are happy with it.OkNoPrivacy policy