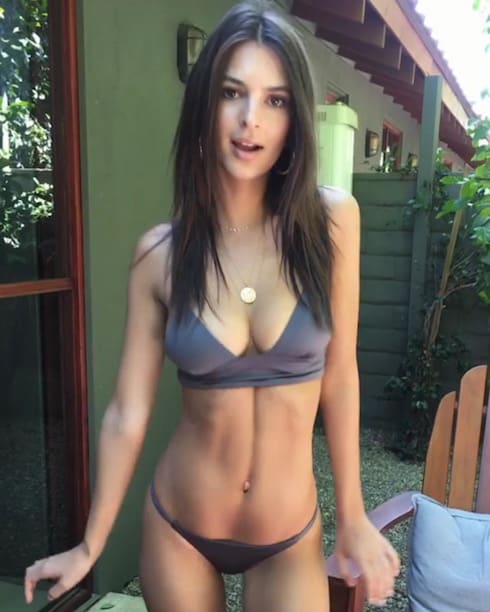 DLISTED - Richard Hatch is no longer the most hated gay villain in Survivor history REALITY TEA - The first part of the RHOA reunion special went heavy on vaginas and prosthetic camel toes JEZEBEL - If you're young enough to generate babies and chill enough to be on the receiving end of a 70-year-old baronet's death-defying thrusts, apply for marriage within CELEBITCHY - Gwen Stefani wore a miniskirt to Easter Mass; let's talk about it THE BLEMISH - Celebrity boobs were out in force for Coachella VOX - The city of Atlanta is having problems keeping its roads from exploding THE SUPERFICIAL - Here's Karrueche Tran wearing a bikini and making some course corrections VERY SMART BROTHAS - Don't try to make sense of Cleveland murderer Steve Stevens blaming an ex-girlfriend for his actions UPROXX - Robert "Forrest Gump" Pope has been running across America for seven months and 5,400 miles now
Read More... 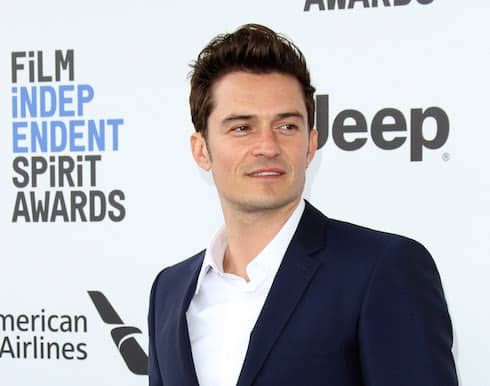 DLISTED - Melania Trump is now $2.9 million closer to freedom CELEBITCHY - Amy Schumer declares "Life isn't that fun." And who in America in 2017 can muster a full-throated argument to the contrary? VERY SMART BROTHAS - Life is also not fair, but here's a 1,000-word mic drop on Sean Spicer's mediocrity to help get you through VOX - Bill O'Reilly may have shouted down his last guest JEZEBEL - "Imagine one of those complex modern multi-agency investigations involving violent motorcycle gangs with their fingers in narcotics and illegal weapons and God knows what else, but swap in rogue midwives, fortune-tellers, dodgy priests—and poisoners. The book reads like Law and Order: 17th Century Parisian Poisoners Unit." REALITY TEA - Gizelle Bryant thinking she's not that shady is your guffaw of the evening THE BLEMISH - Orlando Bloom's penis? Orlando Bloom's penis THE SUPERFICIAL - Tit for tat: here's Olivia Culpo's breasts UPROXX - Oh, 'Sioux Chef,' I get it
Read More...

CELEBITCHY - Janelle Monae has been reading Lysistrata and taking good notes DLISTED - The rest of the Kardashians are upset that Kylie has the whole rest of her life to become irrelevant while they're almost there REALITY TEA - Dorinda Medley has your latest round of RHONY gossip JEZEBEL - Apparently the annual White House Easter Egg Roll is too complicated a feat for the current administration THE BLEMISH - Lourdes Leon put on a bikini-tastic show in Miami this week VOX - Whoever runs Royal Jordanian Airlines' social media accounts is doing a brilliant job trolling United Airlines and the President of the United States UPROXX - Charles Barkley paid a TNT staffer $1,000 to cut off his man bun on live TV, and he had a really good time doing it THE SUPERFICIAL - Here's Nicole Ritchie getting slapped in the face
Read More... 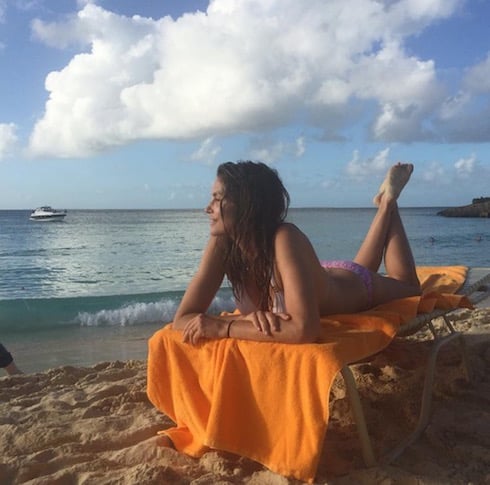 DLISTED - Barry Manilow came out of the closet! And he and his secret partner of several decades are very happy! And his partner's name is Gary, so there's a feel-good chuckle for you as well JEZEBEL - Feist has a new album coming out and the first single is fan-Feisting-tstic REALITY TEA - Maybe Gizelle's beef with Charisse will be the thing that kick-starts RHOP's engine THE BLEMISH - Cindy Crawford still looks better in a bikini than most people do at the altar CELEBITCHY - "Complicit Ivanka" is the new "Crooked Hillary" VOX -  Science proves walking can be just as beneficial as running, so lazy people just lost their biggest excuse VERY SMART BROTHAS - How do I catcall thee? Let me count the ways THE SUPERFICIAL - Here's the award winner for "Best Headline About David Schwimmer's Split From His Wife" UPROXX - "Chicago Mayor Chance The Rapper" is a thing we should all get used to hearing
Read More... 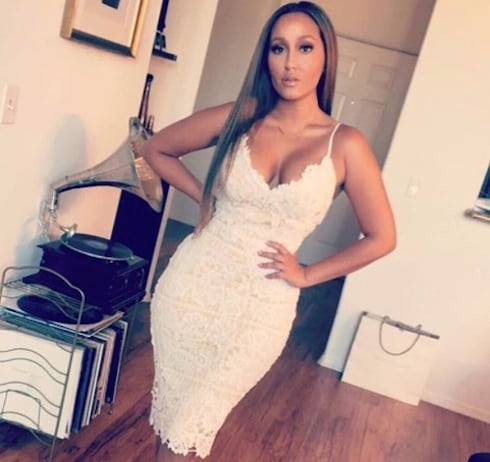 THE BLEMISH - Adrienne Bailon's top is shrunken like a Grinch's heart CELEBITCHY - After 74 days in office, The Donald Trump Golf Counter stands at 14 Outings VERY SMART BROTHAS - Here's a thoughtful and entertaining explanation of why criticism is a good thing and it also channels a hilarious bit Steve Martin did on SNL back in the day DLISTED - This chimpanzee threw a handful of poop into the crowd at the zoo and hit a grandmother in the face and yes, it is hilarious, here's the video VOX - S-Town is a brilliant if ethically murky podcast JEZEBEL - Rashida Jones has a new show called Claws, it's about a pack of murderous Floridian manicurists, and the trailer is pretty entertaining REALITY TEA - The Real Housewives of Potomac Season 2 premiere featured a whole lot of charitable humping UPROXX - In the "And No One Was Surprised" department, Bob Dylan wore a black hoodie to accept his Nobel Prize
Read More... 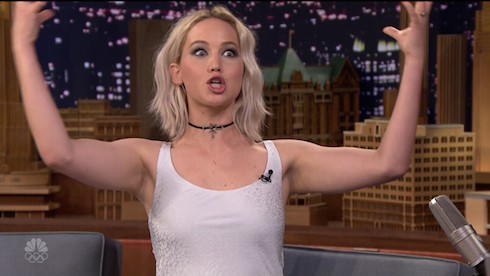 DLISTED - Jennifer Lawrence's 48-year-old boyfriend is grateful she has the maturity of a woman twice her age and the body of Jennifer Lawrence CELEBITCHY - For a 70-year-old man, Donald Trump sure does whine like a child about to fall down a chocolate factory garbage chute JEZEBEL - Chelsea Clinton is not here for your higher office urgings VOX - "Jimmy Fallon or Seth Meyers" is the "Betty or Veronica" of our time (except no one gets laid at the end of it) THE BLEMISH - A 25-year-old Indonesian man went missing and his dead body was later cut out of a 23-foot snake and there's video because humans VERY SMART BROTHAS - This list of 22 accurate descriptions of Bill O'Reilly has way fewer expletives than you might expect and is that much stronger because of it REALITY TEA - Southern Charm's spinoff is also set in a coastal paradise UPROXX - Christopher Nolan is making A.V. club nerds the world over raise their fists and cheer and God bless him for it THE SUPERFICIAL - Here's Natalia Borges' entry in the "Smallest Bikini of the Day" contest
Read More... 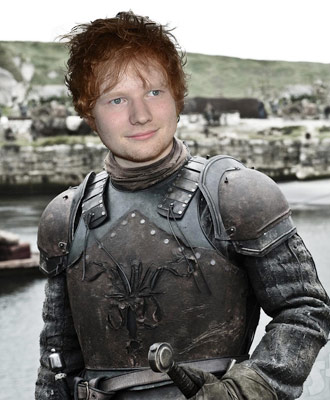 JEZEBEL - Ed Sheeran Will Guest Star On Game of Thrones

THE BLEMISH - So, George Takei Got Mistaken For Yoko Ono 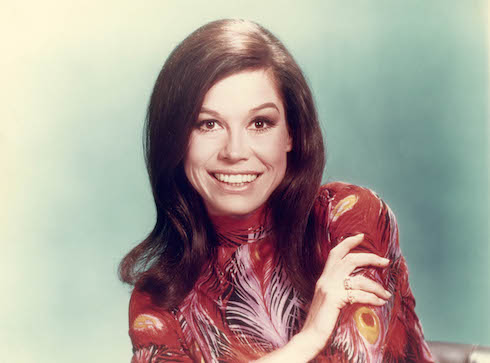 DLISTED - Mary Tyler Moore Has Died JEZEBEL - Trump Administration Will Review EPA Studies To Decide If They're OK For Americans To See THE BLEMISH - Constance Wu Doesn't Think Casey Affleck's Sexual Harassment Charges Should Be Rewarded With An Oscar CELEBITCHY - Tom Brady Doesn't Get Why His Friendship With Emperor Baby Fists Is A "Big Deal" THE SUPERFICIAL - Here's Kellyanne Conway Telling #AlternativeJokes VERY SMART BROTHAS - America Is A Big-Ass Alternative Fact UPROXX - Dan Ackroyd Penned A Loving Tribute To His Ex-Fiancée Carrie Fisher REALITY TEA - Cynthia Bailey Thinks Porsha Williams Overreacted To Kenya Moore's Anger Management Questions
Read More...
We use cookies to ensure that we give you the best experience on our website. If you continue to use this site we will assume that you are happy with it.OkNoPrivacy policy