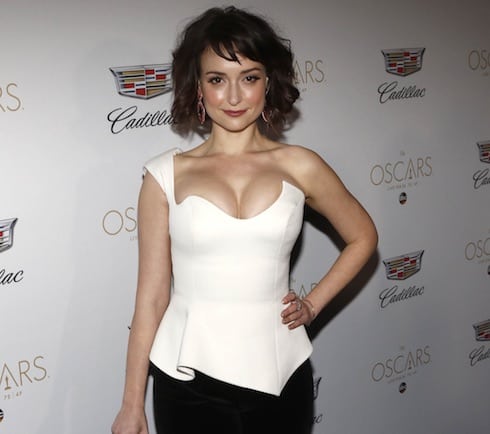 DLISTED - Antonio Sabato Jr. and his abs are running for Congress against a hugely popular California Democrat REALITY TEA - Kim Zolciak is pretty sure that Phaedra Parks was drugged up during the epic RHOA reunion JEZEBEL - Sally Yates' testimony was a master class in giving condescending senators the brush-off CELEBITCHY - Speaking of Russia, Eric Trump used to love bragging about his family's financial ties to the country THE BLEMISH - Here's what the hot girl from the AT&T commercials (also known as Milana Vayntrub) is up to these days VOX - A 30-year-old book called Amusing Ourselves to Death helps explain how politics became entertainment (and maybe rendered them irrelevant) VERY SMART BROTHAS - Cinco de Mayo is a fake American holiday, not a real Mexican one, and here's why THE SUPERFICIAL - Nicki Minaj kind of offered to pay college tuition for her whole Twitter following UPROXX - David Spade and the Cash Me Ousside girl are fighting over which one of them is more irrelevant
Read More... 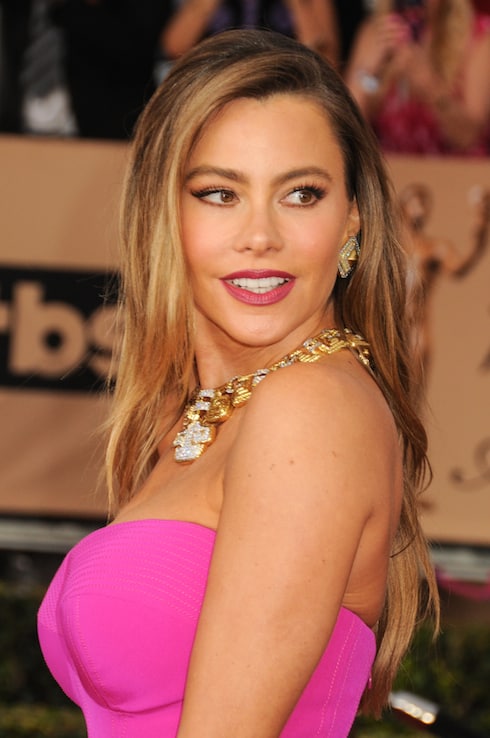 DLISTED - Liam from One Direction and his wife Cheryl named their baby Bear, which is a little on the nose (if also cute) REALITY TEA - Gizelle Bryant wants you to believe that she loves being the subject of viewers' ire JEZEBEL - A Mississippi funeral home refused to cremate a gay man's body, possibly because they thought his ashes would get on the straight peoples' ashes and turn them gay? CELEBITCHY - Is Michael Fassbender hotter than Tom Hiddleston? THE BLEMISH - Florida woman arrested for prostitution after offering a blowjob in exchange for Chicken McNuggets (with mug shot goodness) VOX - Steve Bannon accidentally let slip his wish list for Racist Christmas CELEBSLAM - Here's Sofia Vergara cutting a figure THE SUPERFICIAL - Melania Trump is trying to tell us something UPROXX - Former NBA All-Star Brandon Roy is expected to make a full recovery after getting shot while shielding children from gunfire
Read More... 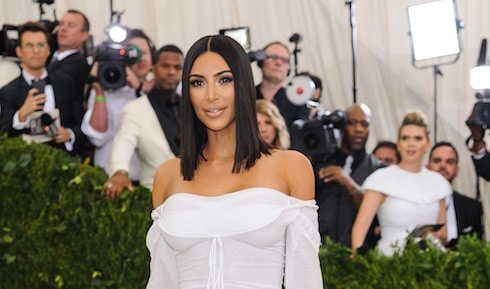 DLISTED - Claire Danes' Met Gala look was sort of a cross between Furiosa from Mad Max and the puffy shirt from Seinfeld REALITY TEA - Below Deck: Mediterranean's Sandy Yawn is the show's first female captain and is she is 100% not here to mother her crew JEZEBEL - Austin Powers is almost old enough to drink CELEBITCHY - By contrast, Kim Kardashian toned it way down for the Met Gala–and she looked pretty good! (Though she's still getting dragged, because Kim Kardashian) THE BLEMISH - The cast of The Godfather mooned each other to pass the time between takes; Brando got his balls out instead VOX - United States Attorney General and standby Keebler elf Jefferson Sessions is prosecuting a woman because she laughed at him once VERY SMART BROTHAS - The next time you're struck by the urge to spend $10,000 on something because Ja Rule will be there, do yourself a big favor and throw the money into a river instead THE SUPERFICIAL - Jaden Smith's Met Gala look was...Jaden Smith UPROXX - Here's a really interesting and extensive interview with Seth Meyers about what it's like to host a late night program in 2017; go read it!
Read More... 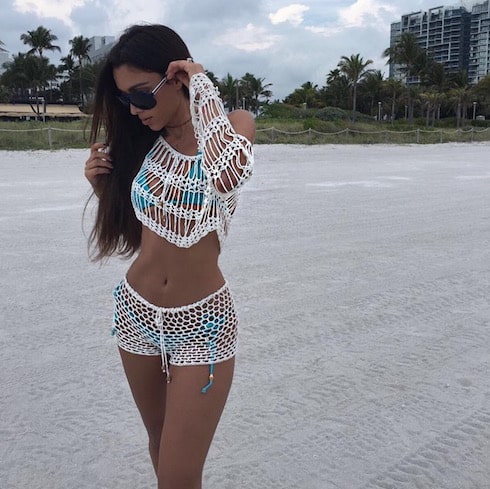 DLISTED - Katy Perry told a joke about her hair and some people think it was racist; let's talk about it REALITY TEA - NeNe thinks Porsha has "de-classed" The Real Housewives of Atlanta JEZEBEL - The House of Cards Season 5 trailer is here, but it doesn't tease whether Frank Underwood will get murdered already CELEBITCHY - "Why was there the Civil War?" -The President of the United States THE BLEMISH - Metisha Schaefer wore a mesh bikini to the beach, and here are the photographs of that VOX - Everybody loves to hate Ed Sheeran, and now we know why! CELEBSLAM - Kristin Cavallari is not at all bothered by Jay Cutler's continued unemployment THE SUPERFICIAL - "Anastasia Kvitko is the Russian Kim Kardashian" is 100% accurate UPROXX - "Selling out" is too tidy a term for the increasingly complicated world of craft beer
Read More... 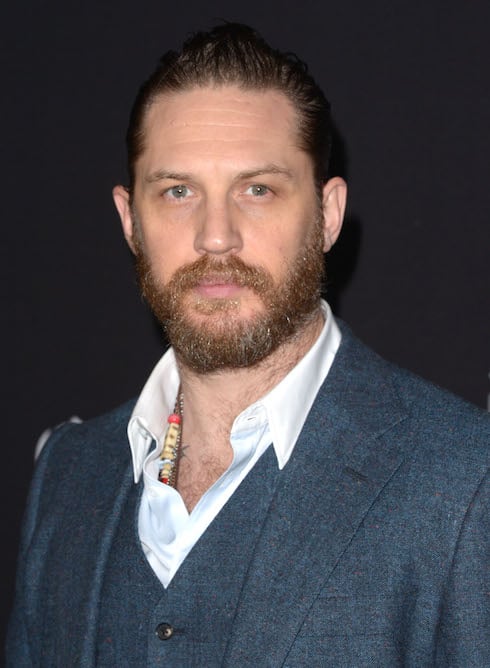 DLISTED - Tom "Cock-Catcher" Hardy may have played Bane in a movie, but he's Batman in real life REALITY TEA - The third part of the RHOA reunion was a "war of words" and there's still one more episode to go JEZEBEL - The Kardashian Principle encapsulates a lot of the obnoxious dysfunction of American culture by being an obnoxious and dysfunctional book CELEBITCHY - Wes Anderson's new movie is set in Japan, but its cast is pretty Californian THE BLEMISH - Tyra Banks wrote a "glowing" essay on plus-size model Ashley Graham for the Time 100 List VOX - Alex Jones is now publicly contradicting his lawyer's argument that he's a performance artist VERY SMART BROTHAS - ICYMI, here's a primer on the Shea Moisture controversy THE SUPERFICIAL - Erika Jayne is getting naked on Instagram to promote her new song, or something UPROXX - 2017's version of "What color is this dress" is here, and it's a fun game called "Find the snake in this photo"
Read More... 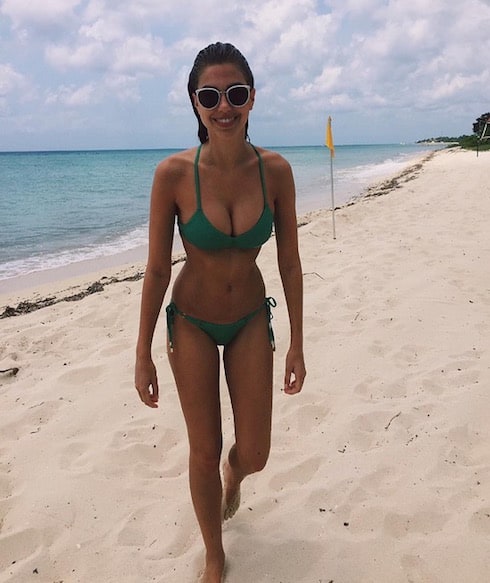 DLISTED - Madonna is pissed that she's the subject of a forthcoming biopic, possibly because she's not dead yet REALITY TEA - The Little Women LA cast vacationed in Alaska together and they have the slide show to prove it JEZEBEL - Uncultured Alex Jones has been reduced to picking fights with a Greek yogurt billionaire CELEBITCHY - Serena Williams' response to Ilie Natstase's racism is a perfectly executed backhand THE BLEMISH - The 'Cash me ousside' girl is now Bart Simpson after he went on Late Night with Conan O'Brien VOX - Other than every single national park closing indefinitely, here's a list of everything that might happen if the US government shuts down on Friday CELEBSLAM - Kara Del Toro went to the beach on vacation, so, bikini photos UPROXX - A tip for all aspiring murders: Dispose of the victim's FitBit, lest its data contradict your alibi
Read More... 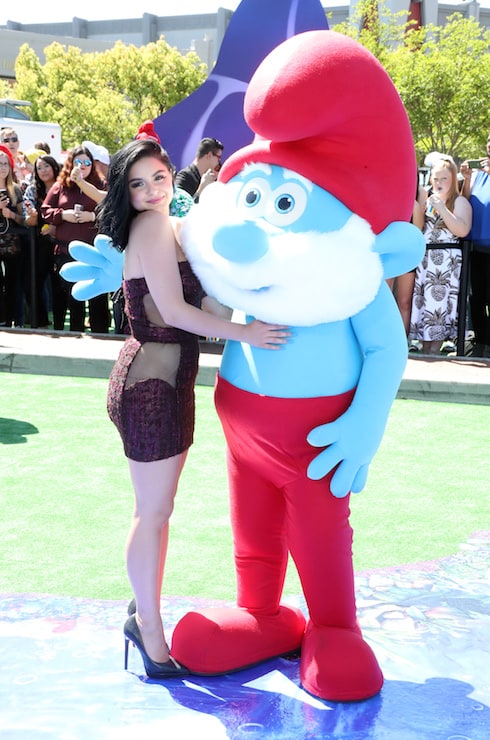 DLISTED - LeAnn Rimes is as happy to be married to Eddie Cibrian as Zoolander is to be good looking REALITY TEA - "Jax Taylor and Brittany Cartwright went to Florida and got matching tattoos together" sounds like a recipe for disaster but they actually turned out pretty good? JEZEBEL - Sir Elton John was near death for a minute *sharp intake of breath* but is now recovering nicely *collective exhale* CELEBITCHY - The Vanity Fair "exposé" on Melania Trump is mostly just gossip and rumor, meaning she's officially on the Kardashians' level THE BLEMISH - Ariel Winter can and will wear minimal clothing whenever she wants, and the SEO harvesters among us will forever worship at her feet for it VOX - Barack Obama is playing the very, very long game VERY SMART BROTHAS - Henrietta Lacks' legacy is only going to get more complicated now that even more people who aren't her family are profiting from it THE SUPERFICIAL - The best thing about Amber Heard and Elon Musk going public with their bangery is the Nikola Tesla joke in this article, so enjoy UPROXX - "Tupac is an official member of the Rock N Roll Hall of Fame" is a weird thing to write on several levels
Read More... 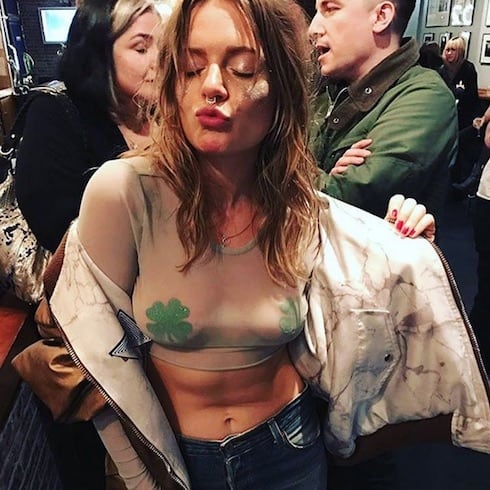 DLISTED - Will Smith would have been best as Genie in an Aladdin movie twenty years ago, but better late than never I guess REALITY TEA - Kathryn Dennis thinks she has more southern charm than her producers are willing to air JEZEBEL - If you were a well-to-do woman in the 19th century, what you'd do is you'd have your husband kill an elephant and fashion one tusk into an impressive dildo, which was of course called a "Ladies Companion" CELEBITCHY - Julia Roberts has been People's Most Beautiful Woman at ages 23, 32, 37, 42, and now for the fifth time at 49 THE BLEMISH - Celebrity Boobs of Coachella, Part Two: Tove Lo Topless edition VOX - West Virginians, rejoice: Yours is now the 29th state where medical marijuana is legal UPROXX - There is a juicer that costs $400 and all it does is squeeze bags of pre-made juice into a glass instead of actually turning fruit into juice for you. And here are some measured, perfectly reasonable reviews of this $400 juicer
Read More...
We use cookies to ensure that we give you the best experience on our website. If you continue to use this site we will assume that you are happy with it.OkNoPrivacy policy