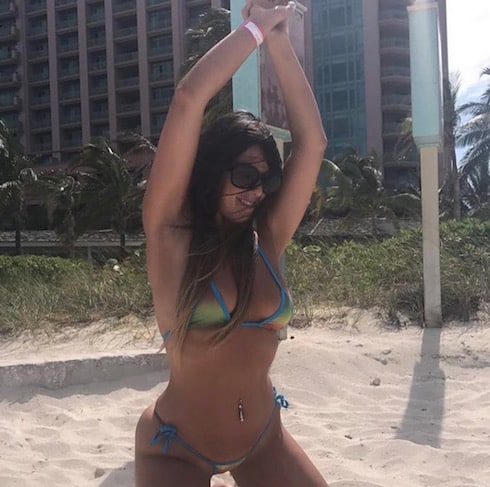 JEZEBEL - Most of the millions of Twitter followers that celebrities have appear to be fake–like, for example, 67 million of Katy Perry's

VOX - And here's a primer on political protest art, in case you wanted to know more about the Kathy Griffin kerfuffle

THE SUPERFICIAL - Have some Claudia Romani bikini photos for good measure

LAINEY GOSSIP - Robin Wright and Sean Penn might be back together, though not for the reasons you might expect 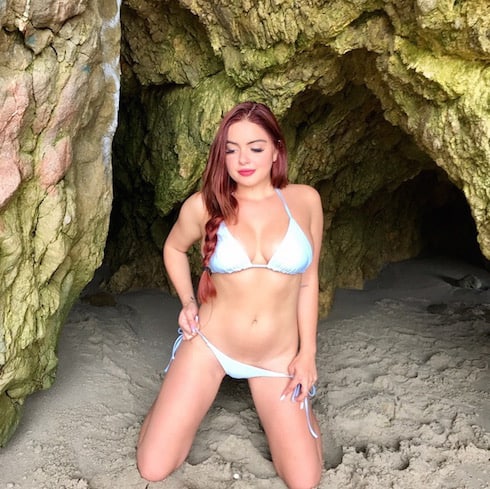 DLISTED - Jagged Little Pill already is a musical? but the musical version is coming in 2018, so insert your own "Ironic" joke here REALITY TEA - Gizelle Bryant is shocked at Ashley Darby's confrontation of her own husband JEZEBEL - Olivia Newton-John has been diagnosed with breast cancer CELEBITCHY - America's current president has a hard time focusing THE BLEMISH - Ariel Winter's Memorial Day getup was a little too revealing for some people VOX - Wonder Woman has a ridiculously high Rotten Tomatoes score; let's talk about it VERY SMART BROTHAS - This one goes out to all the blerds in the audience THE SUPERFICIAL - Here are some photos of the $2000 hamburger, which pretty much looks like a solid $19.95 hamburger with $1980.05 worth of inexplicable gold leaf on top UPROXX - Drive-ins are making a comeback, baby!
Read More... 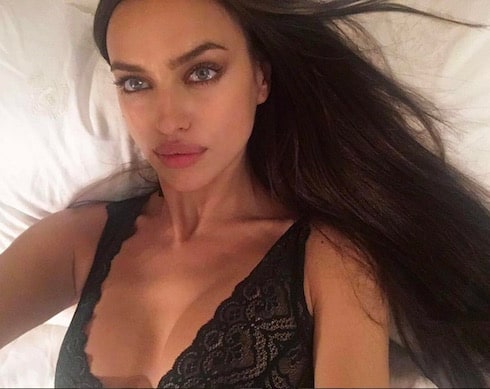 DLISTED - Nicki Minaj and Nas have Queens in common, also are are maybe possibly dating REALITY TEA - Teresa Giudice and Joe Gorga have a new perspective on life after prison, along with their own pizza parlor JEZEBEL - Tom Cruise will star in the Top Gun sequel and I would have sworn he was a lot older than 54 CELEBITCHY - Donald Trump gave Pope Francis copies of MLK's books during their Vatican visit, which is sort of like giving a bodybuilder more protein powder, but at least he didn't give the Pope The Art of the Deal? THE BLEMISH - Orlando Bloom's magical penis possesses the power to get waitresses fired VOX - Vermonters eager to smoke up legally will have to wait a little bit longer CELEBSLAM - Irina Shayk had some dress with her cleavage at Cannes LAINEY GOSSIP - Speaking of Cannes, Nicole Kidman and Keith Urban's PDA crossed the border into full-on love territory UPROXX - Here's what James Hetfield of Metallica had to say about Chris Cornell's suicide
Read More... 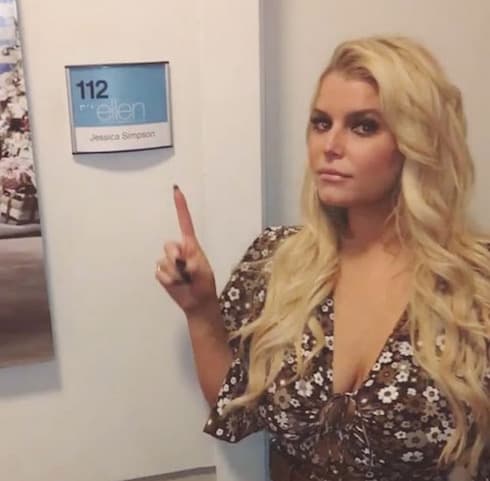 DLISTED - Jessica Simpson was a cocktail of pills, wine, and general awkwardness on Ellen REALITY TEA - Ramona Singer and Bethenny Frankel have only just begun to feud JEZEBEL - Let's get this big-budget Hollywood thriller about eel poaching off the ground, people! CELEBITCHY - Ariana Grande has suspended her world tour indefinitely following the Manchester terrorist attack THE BLEMISH - Kylie Jenner thinks Ariel Winter has been stealing the look Kylie stole from Kim Kardashian to begin with VOX - Here's the story of how Fox's coverage of the Clinton-Lewinsky scandal paved the way for entertainment-driven clickbait masquerading as news VERY SMART BROTHAS - The male romper: Let's talk about it THE SUPERFICIAL - Scarlett Johansson was all over Colin Jost at the SNL season wrap party, so now rumors about their sex life are all over the internet CELEBSLAM - Mary Kate and Ashley have the business; Elizabeth Olsen has the hotness
Read More... 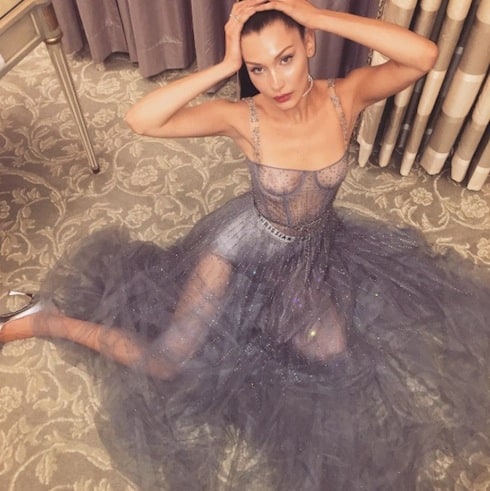 DLISTED - Two of Alan Thicke's sons (one of whom is named Robin) are fighting his widow for control of his estate REALITY TEA - Kelly Dodd will be on the new season of RHOC and fans will be "surprised" JEZEBEL - Keeping Up With The Kardashians has never been darker or more "real"–so why are its viewers abandoning it? CELEBITCHY - Taylor Swift has a new boyfriend, and he's raising some eyebrows THE BLEMISH - For about three minutes on Monday, someone streamed porn on an ad kiosk at Union Station in Washington DC. (Yes there's video) VOX - Here's a helpful primer on how impeachment of the President of the United States actually works VERY SMART BROTHAS - Which one of these Annoying Co-Worker Types are you? THE SUPERFICIAL - Bella Hadid got downright cleavage-tastic at Cannes UPROXX -  Arrested Development Season 5 will be here soon, but first watch Alia "Maeby Funke" Shawkat's stunning performance in Paint It Black
Read More... 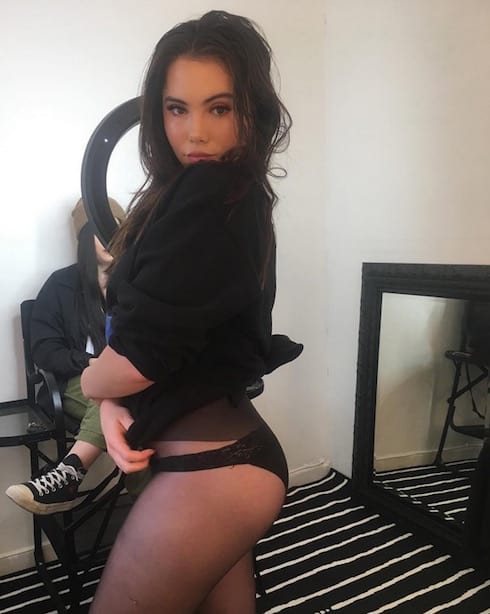 DLISTED - Dani Mathers' body shaming is about to result in a real-life legal spanking REALITY TEA - Lisa Vanderpump's other restaurant caught fire JEZEBEL - Last Man Standing's cancellation has pissed off a lot of conspiracy theory-seeing folks CELEBITCHY - Donald Trump's classified intelligence leaks were for "humanitarian reasons," says Donald Trump THE BLEMISH - McKayla Maroney posed in a thong for Instagram, enjoyed the response, did it again VOX - Here's a list of intriguing books you should read this summer (or read them just 'cause; summer is great but no one needs an excuse to read a book) VERY SMART BROTHAS - People are strange THE SUPERFICIAL - India is merely the latest country to hate Justin Bieber UPROXX - Mikey Day, the SNL cast member who came up with the "David Pumpkins" sketch (and a bunch of others) is weird in one of the good ways; check out this interview with him and laugh
Read More... 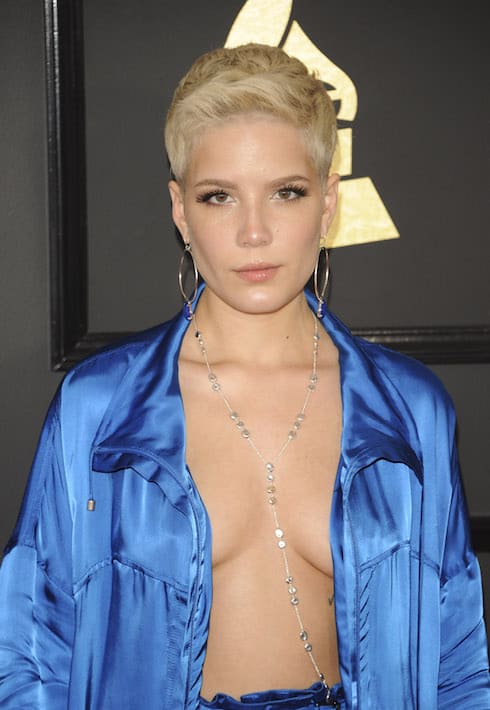 DLISTED - Conrad Hilton won't come out of his jail cell and no one seems particularly upset about it REALITY TEA - Porsha Williams says she's lost her best friend in Phaedra Parks as the RHOA reunion fallout continues JEZEBEL - The Rock joins Kanye on the list of celebrities considering running for president in 2020 CELEBITCHY - Donna D'Errico had four plastic surgeries in one day and she recapped all of them for us THE BLEMISH - Here's the Official Final Trailer for the Wonder Woman movie, and there's a lot of jumping in it! VOX - Donald Trump may have just turned into Richard Nixon CELEBSLAM - Halsey saved her peekaboo dress for the post-Met Gala / MTV Movie Awards media lull THE SUPERFICIAL - Here's that video of a porn star getting attacked by a shark UPROXX - If America needs Burt Macklin to clean up this mess, Chris Pratt is happy to oblige
Read More... 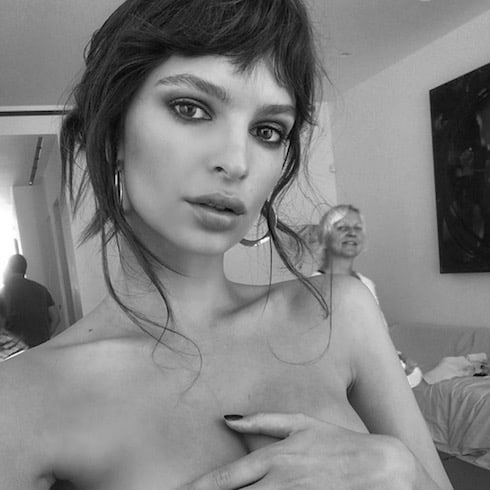 DLISTED - In non-Abbey Lee Miller incarceration news, Jodie Sweetin's ex is also headed to prison REALITY TEA - Here's why Scheana Marie lied about her marriage, according to Scheana Marie JEZEBEL - And here's where in the world Kellyanne Conway has been for the past couple of months CELEBITCHY - Jamie Denbo, 43 in real life, was told by producers that she's too old to play a Hollywood 57 THE BLEMISH - Nobody was super jazzed about the new Blade Runner but the first trailer is changing all that VOX - Donald Trump believes that exercise is the real silent killer CELEBSLAM - Emily Ratajkowski went topless on Instagram again THE SUPERFICIAL - The Skittles Mother's Day commercial is juuust a little creepy UPROXX - Now the White House is threatening to leak footage of Hillary Clinton's concession phone call
Read More...
We use cookies to ensure that we give you the best experience on our website. If you continue to use this site we will assume that you are happy with it.OkNoPrivacy policy