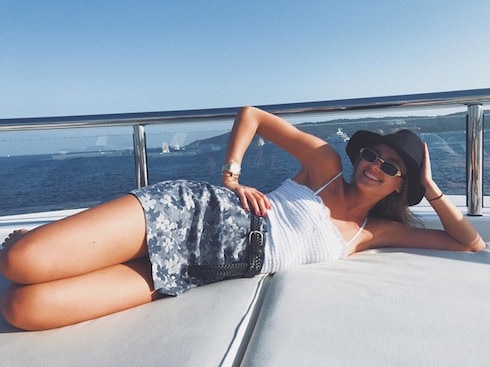 DLISTED - Here's the story of one woman who managed to escape R. Kelly's alleged sex cult clutches REALITY TEA - Danni Baird from Southern Charm talks marriage, dishes on Kathryn Dennis and Landon Clements JEZEBEL - "Broscectomy parties" are now a thing CELEBITCHY - The next book in the Game of Thrones series has been delayed yet again THE BLEMISH - OJ had to be moved to a "special unit" for his last few weeks in prison because the other inmates want him dead VOX - Enjoy this list of all the big announcements and trailers from Comic-Con 2017 VERY SMART BROTHAS - "When The Person Who Convinced You Not To Commit Suicide Commits Suicide" THE SUPERFICIAL - Behold: the mystery of supermodel Taylor Hill's butt bruise UPROXX - Justin Bieber canceled the remainder of his stadium tour, allegedly because he's "just over it"
Read More... 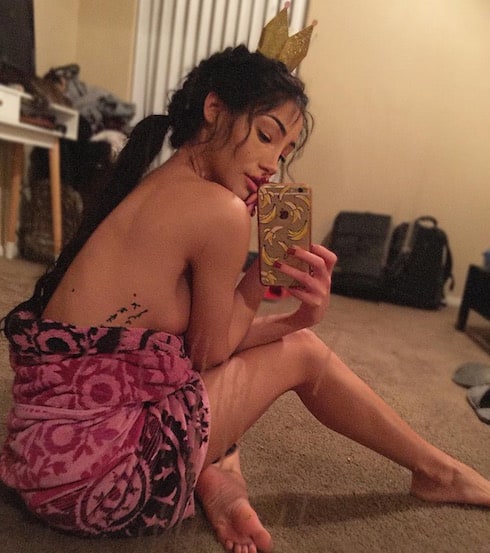 DLISTED - The fact that it's the members of Hanson calling Justin Bieber's music "chlamydia of the ear" makes the burn that much hotter REALITY TEA - Of course Gizelle is egging on Karen and Charisse's feud JEZEBEL - Energy Secretary Rick Perry's glasses remain the smartest thing about him CELEBITCHY - George Clooney plans on getting his hands dirty with the twins, plus other details about how the super-rich do infant care THE BLEMISH - So Bill Cosby is a free man VOX - One reason that actual, really truly fake news is so widespread is that it's repeated so often people are tricked into believing it VERY SMART BROTHAS - "Facebook Banned Me For Writing 'N!gger' In A Piece About Racism, While Messages Calling Me 'N!gger' Sit In My Inbox" THE SUPERFICIAL - Here's Jeana Turner in a bikini and advertising...something
Read More... 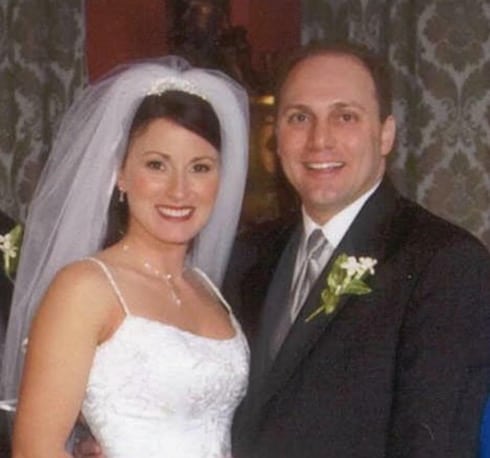 DLISTED - Here's what Corinne Olympios has to say about the Bachelor In Paradise controversy REALITY TEA - NeNe will be back for RHOA Season 10 JEZEBEL - Hold on: Special Counsel Robert Muller is now investigating the President for obstruction of justice CELEBITCHY - Kris Jenner thinks everyone can relate to at least one of the Kardashians (and she's probably right) THE BLEMISH - "Here's What Two Years Of Constipated Feces Looks Like" VOX - Louisiana Representative Steve Scalise is in critical condition after being shot while practicing with his congressional baseball team; here's the latest VERY SMART BROTHAS - Speaking of relating to the Kardashians, this explanation of culture vulturism includes the receipts from Kylie Jenner's most recent fashion theft THE SUPERFICIAL - The Beyonce TwinWatch has entered its second day UPROXX - Katy Perry's new album: Swing and a miss, or another hit?
Read More... 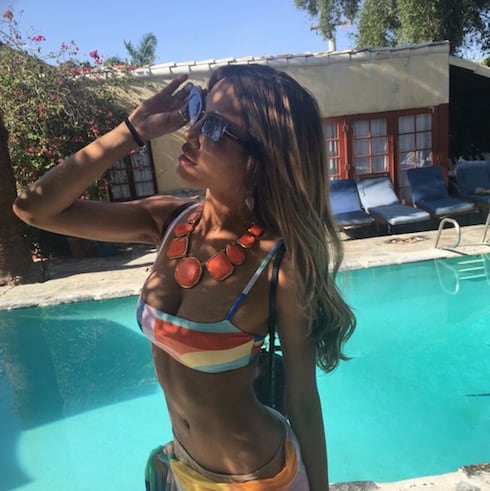 DLISTED - Justin Bieber is ducking glass projectiles onstage again
REALITY TEA - The Vanderpump Rules cast reunited at LA Pride 2017, here are some pics JEZEBEL - In honor of the 50th anniversary of the Summer of Love, enjoy this photo gallery of San Francisco overrun by beautiful, unshorn hippies CELEBITCHY - Megyn Kelly is getting dragged for giving an hour of primetime television over to Alex "Not A Performance Artist" Jones THE BLEMISH - Two of the Golden State Warriors already announced they're skipping the White House visit and the rest of the team may follow suit THE SUPERFICIAL - It's CJ Franco doing what Sports Illustrated bikini models do UPROXX - This story about Lorde probably having a secret Instagram account where she reviewed onion rings is ridiculous and great LAINEY GOSSIP - I prefer "ColJoha" because it sounds like the despotic villain in an 80s action movie, but "ScarJost" works as well
Read More... 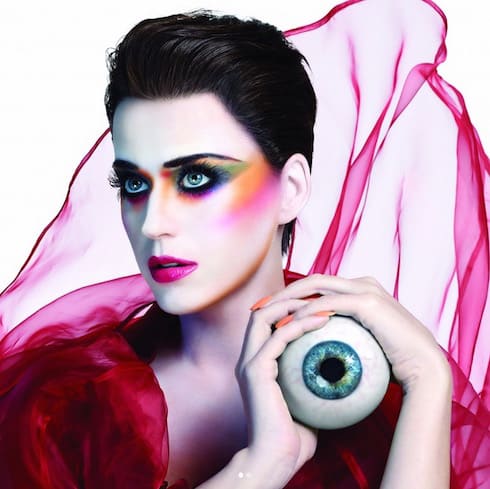 DLISTED - Kevin Spacey's jokes about not coming out of the closet at the Tonys were almost as tired as his Carson and Clinton impersonations REALITY TEA - Gizelle Bryant is glad she and Monique Samuels shared a Bermudan sailing experience JEZEBEL - Bill Cosby's legal defense team went with some tried-and-true defamatory standards before resting CELEBITCHY - Donald Trump won't go to Britain until everyone there likes him THE BLEMISH - Jerry Seinfeld's anti-Kardashian rant is a little "old-man-yelling-at-kids-from-his-porch" and a lot late VOX - Here's why the critics of Shakespeare In The Park's staging of Julius Caesar missed the many points (plus an explanation of SITP's interesting history) CELEBSLAM - Katy Perry's livestream now features nudity UPROXX - Alison Brie and the creator of Glow explain about how they turned 80s wrestling into compelling TV drama LAINEY GOSSIP - Jessica Chastain married into an Italian prosecco fortune over the weekend, here are some pictures
Read More... 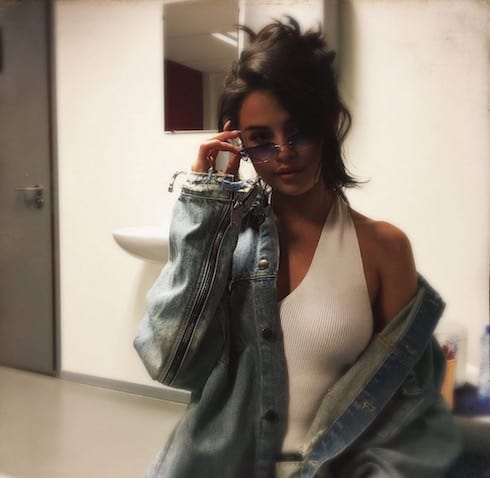 DLISTED - Inara from Firefly married James Gordon from Gotham, congrats to them! REALITY TEA - Tinsley Mortiner had a super chill vacation in Mexico and the pictures will make you super jealous JEZEBEL - The teacher who gave out the "Most Likely To Become A Terrorist" award just won Least Likely To Be Re-Employed As A Teacher Anytime Soon CELEBITCHY - On the eve of James Comey's republic-crumbling Senate testimony, enjoy these photographs of Barack Obama and Justin Trudeau having a good time at dinner together THE BLEMISH - Is this man a hero or a fool for drunkenly confronting the London attackers last weekend? VOX - "Normal New York City conversation" is the new "locker room talk" LAINEY GOSSIP - Tom Cruise should have starred in a Dorian Gray remake THE SUPERFICIAL - Selena Gomez's nipples were at full strength during her date last night UPROXX - This review of Orange Is The New Black Season 5 is thorough and contains spoilers, so tread lightly
Read More... 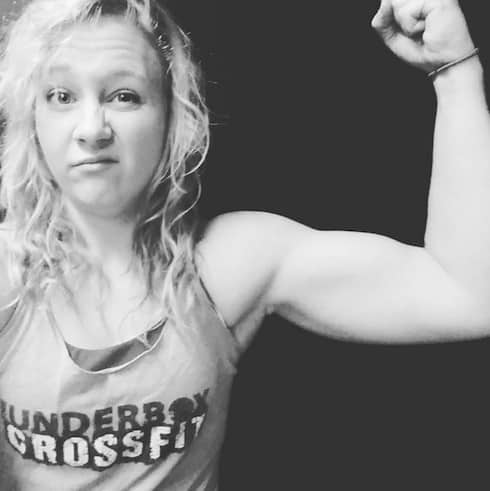 DLISTED - "Why even bother going on with the 2017 CFDA Awards when it was already shut down by an exquisite bejeweled pink ostrich?" REALITY TEA - Lala Kent has been dropping tons of rumors about rejoining the Vanderpump Rules cast JEZEBEL - No, it is altogether unsurprising that the Trump family pocketed donations intended for a pediatric cancer center; why do you ask CELEBITCHY - Congrats to George and Amal Clooney, who are now the proud parents of the future Most Beautiful People in the World THE BLEMISH - Kind of hard to believe that Reality Winner still only has 619 Instagram followers, but then very little about this crazy mixed-up world of ours makes any sense anymore VOX - Here's a helpful primer on the Russian election hacking allegations... CELEBSLAM - ...and here's the time that Bethenny Frankel got naked on Snapchat THE SUPERFICIAL - Gwyneth Paltrow only recommends that you put crystals into your vagina–she doesn't actually do it herself UPROXX - James Corden paid beautiful tribute to his hometown of London in the wake of the terror attacks
Read More... 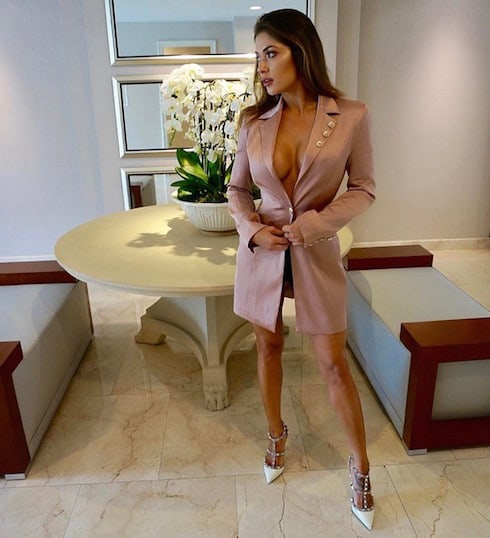 DLISTED - Halle Berry wants you to know that the whole pregnancy confirmation was just a full tummy REALITY TEA - Rich and Kathy Wakile went on a food research trip to Italy for their restaurant and now I need more pasta in my life JEZEBEL - Bill Cosby showed up for the first day of his trial on Rudy Huxtable's arm CELEBITCHY - The Muslim ban's worst enemy is the president THE BLEMISH - Ashley Graham won't do nude shoots because she was accosted on set at age 17 VOX - Here's a helpful list of all the different ways to watch former FBI Director James Comey's Senate testimony on Thursday VERY SMART BROTHAS - Did something happen with Bill Maher over the weekend? THE SUPERFICIAL - And here's Arianny Celeste rocking her bikini bod over the weekend UPROXX - The end is (kind of) near for Better Call Saul
Read More...
We use cookies to ensure that we give you the best experience on our website. If you continue to use this site we will assume that you are happy with it.OkNoPrivacy policy