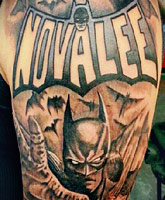 On Monday we shared the first photos of Tyler Baltierra and Catelynn Lowell's new tattoos in honor of their newborn daughter Novalee Reign, but little did we realize that Tyler's Batman-themed tattoo was nowhere near finished! Tyler returned to Lance Kellar Studios on Tuesday and filled in his sleeve with WAAAY more Dark Knightegery and the result is just plain jaw-dropping! KEep reading to check out the finished product, and we also found the original Batman illustration that inspired it.
Read More... 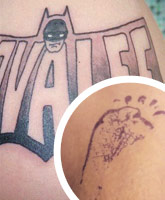 Teen Mom stars Catelynn Lowell and Tyler Baltierra celebrated their newborn daughter Novalee Reign by heading down to Lance Kellar Studios for some new tattoos! Both parents paid tribute to Novalee with their new ink, but the results were COMPLETELY different!
Read More... 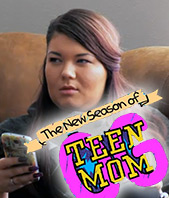 Teen Mom Mondays are almost back! MTV just released a slew of details on the triumphant returns of Maci Bookout, Amber Portwood, Catelynn Lowell and Farrah Abraham to the show that will henceforth be known as Teen Mom OG. (Really!) Check out preview clips for each of the ladies and find out the one way the show will be dramatically different than ol' Teen Mom...
Read More... 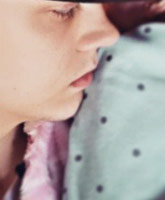 Teen Mom star Tyler Baltierra took to instagram earlier today and shared a photo of himself holding his newborn daughter Novalee. Tyler added the heartfelt caption, "I could hold her in my arms all day. My girls are the best thing that has ever happened to me. The love I have for them is overwhelming, inspiring, and a true blessing to my life!" Keep reading to see the picture as well as all the other photos of little Nova so far.
Read More... 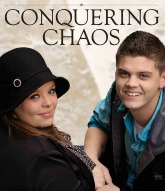 The cover for Teen Mom's Catelynn Lowell and Tyler Baltierra's upcoming memoir, Conquering Chaos, was revealed by their publisher today... And the timing is pretty good because it sure sounds like the new parents will be conquering a lot of chaos during the next few months as they plan for a wedding and care for their newborn.
Read More... 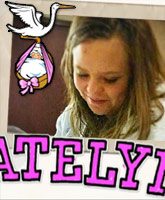 Catelynn Lowell and Tyler Baltierra welcoming their baby daughter is such a magnificent way to start off the new year! And now we have the very first photo of mom holding her baby courtesy of Tyler! UPDATE - We now have more information, including Nova's middle name and her measurements! Plus more photos of Nova!
Read More... 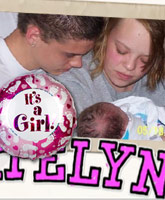 We shared the exciting news earlier that Teen Mom star Catelynn Lowell was going into labor today, and now it appears that congratulations are in order as her dad announced on Facebook that she has given birth to a baby girl!
Read More... 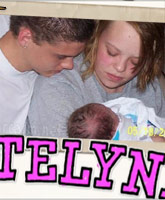 We all knew 2015 was going to be a HUGE year for Catelynn Lowell and Tyler Baltierra as they plan for their second child, a wedding, a new book, and a return to MTV -- and it appears as though they are wasting no time as Catelynn has apparently gone into labor TODAY! Could we have a New Year's baby?!?
Read More...
We use cookies to ensure that we give you the best experience on our website. If you continue to use this site we will assume that you are happy with it.OkNoPrivacy policy