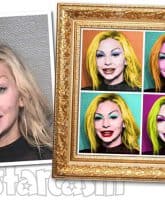 We have a new Worst First Date Hall of Fame inductee! 29-year-old Lindy Lou Layman (yes, that is her real name) was arrested in Houston two days before Christmas after she reportedly went home with millionaire Tony Buzbee during a first date and things then broke bad -- really bad. According to the prosecution, Lindy got a little too drunk and refused two Uber rides ordered by Buzbee before doing $300,000 worth of damage to some of Buzbee's art collection, including two original paintings by Andy Warhol. To make matters worse, Tony Buzbee is one of the state's most well-known attorneys!
Read More...
Read More...
Read More...