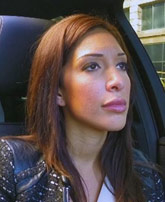 Something went wrong during a ride to the Hamptons for Teen Mom OG star Farrah Abraham. During last week's episode of Farrah Abraham's new podcast Farrah & Friends, the 24-year-old claimed that "an Uber driver almost raped me" during an incident in January 2015. Get Farrah's take on what transpired as well as what a rep for Uber had to say about the incident.
Read More... 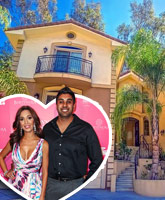 On the Teen Mom OG Reunion Special With Dr. Drew, Farrah Abraham revealed that she and on-again, off-again boyfriend Simon Saran had split up once more. Well, it seems that Simon is now Farrah's off-again, on-again boyfriend again: the couple was spotted together in Hollywood Hills yesterday, looking at a $870k condo with MTV camera crew in tow! Keep reading for photos and details on the property, which now has a pending offer.
Read More... 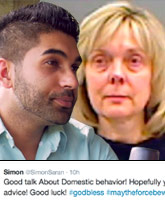 Farrah Abraham's on-again, off-again boyfriend Simon Saran took to Twitter to respond to on-screen allegations by Farrah's mother, Debra Danielsen, that his "passive-aggressive behavior" is a form of "domestic violence." Keep reading for his response, which includes a mug shot photo of Debra after her arrest for allegedly assaulting Farrah in 2010; plus, watch the awkward scene between Debra and Simon, as well as a bonus clip of Farrah grilling Simon about their conversation.
Read More... 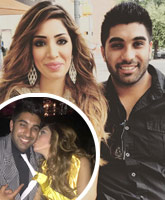 Teen Mom star Farrah Abraham and Simon Saran are officially back on, as Farrah shares photos from their recent date night. Plus, the asking price for Farrah's Austin, Texas home gets a dramatic cut, suggesting she might be considering relocating to San Diego to be closer to (or move in with) Simon! Oh, and what's Simon doing having dinner with Jenna Jameson's fiance? Hmmm...
Read More... 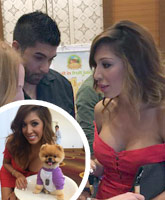 It's been just over one month since Teen Mom OG star Farrah Abraham announced that she and her seemingly serious boyfriend Simon Saran had called it quits. Now, though, rumors are swirling that the two might be back together, after Farrah was photographed with someone who looks remarkably like Simon at a pre-ESPYS event on Tuesday. Plus, Farrah took time to pose alongside another celbrity famous for doggy style: Jiff the Pomeranian!
Read More... 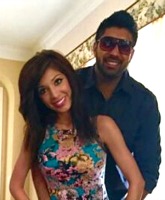 After pressuring him to propose on the season finale of Teen Mom OG, Farrah Abraham and Simon Saran have gone their separate ways. See the amusing way Farrah announced the split online!
Read More... 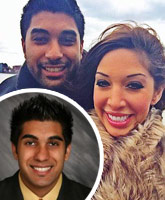 The identity of Farrah Abraham's mystery boyfriend has been revealed! The internet has been all abuzz over the feller Farrah was photographed kissing on New Year's Eve and then seen again with this weekend in New York City, and now we finally know who he is...
Read More...
We use cookies to ensure that we give you the best experience on our website. If you continue to use this site we will assume that you are happy with it.OkNoPrivacy policy