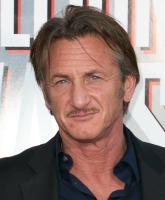 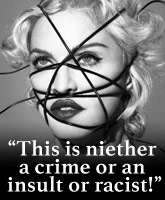 As we reported earlier, Madonna came under a bit of fire for sharing photos online of black leaders such as Martin Luther King, Jr. and Nelson Mandela with their faces wrapped in bondage cords in order to promote her new album Rebel Heart. The 56-year-old pop singer took to Facebook earlier today to defend herself and explain that she wasn't comparing herself to the people in the photos, which also included the likes of Jesus Christ, Frida Kahlo and Homer Simpson.
Read More... 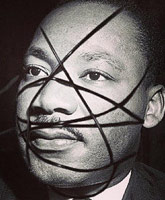 Madonna seems to be trying to prove she still has what it takes to stir things up in the age of social media as she trolled the internet today by tweeting and instagramming photos of black historical figures with their faces bound with black cords to match the cover artwork for her upcoming album, Rebel Heart. Keep reading to see the photos of Martin Luther King, Jr,. Nelson Mandela, and Bob Marley as well as all the previous photos shared by Madonna of other well-known figures given the same treatment including Jesus, Michael Jackson, Marilyn Monroe and Frida Kahlo.
Read More...
Read More... 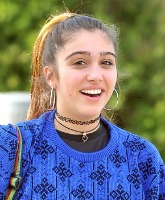 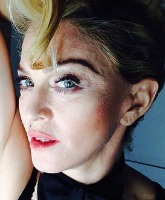