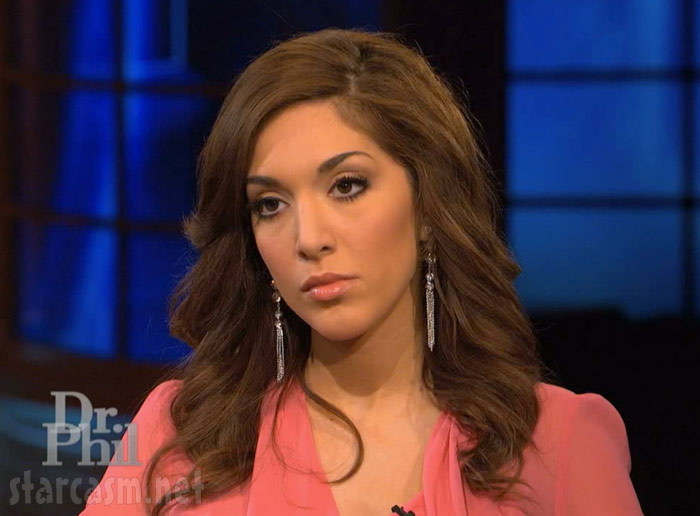 On today’s episode of Dr. Phil, former Teen Mom star Farrah Abraham appeared to defend herself against all the negative publicity she has received recently for a DUI arrest she fervently admits to and denies as well as the X-rated movie she made with adult f!lm star James Deen, which she reportedly intended to release later as a leaked sex tape, although Farrah says it was merely done for herself as a way to capture her at her sexiest. Needless to say, Dr. Phil does a lot of SMDBH (shaking my damn bald head) before calling Farrah out.