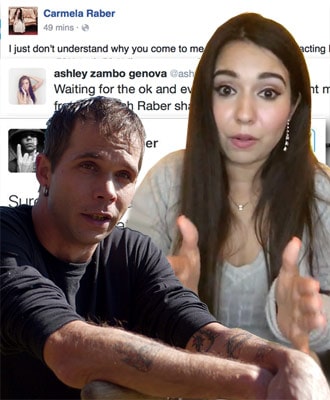 The fallout continues for Return To Amish star Jeremiah Raber and his newlywed wife Carmela after production on a movie her was starring in was shut down late last month due to the "unprofessional" actions of one of the actors involved. Since that time, Jeremiah's co-star Ashley Genova has made lots of allegations against him and has threatened to release "every sexual harassment message and picture from Jeremiah Raber." Meanwhile, Carmela continues to defend her husband and even posted a video addressed to the haters and bullies.
Read More...
We use cookies to ensure that we give you the best experience on our website. If you continue to use this site we will assume that you are happy with it.OkNoPrivacy policy