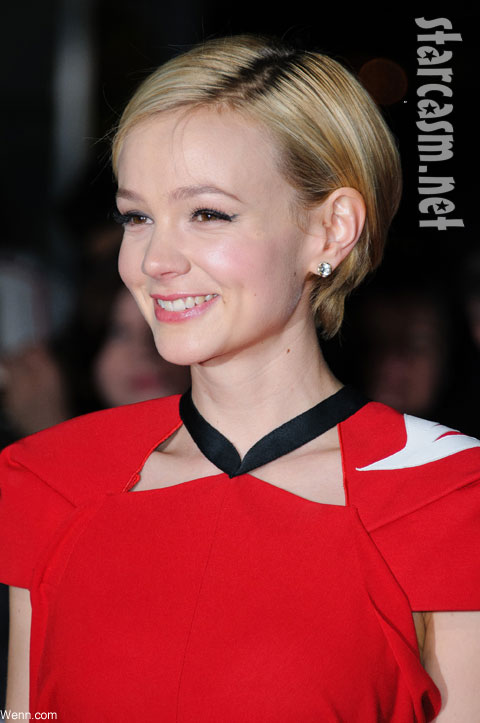 Just when Carey Mulligan couldn’t get any more cute, she does this. Saturday (April 21, 2011) adorable Carey Mulligan married Marcus Mumford of Mumford & Sons, and she did it in a custom-made Prada dress and pink rain boots!

There are no photos released yet from the wedding, but we can’t wait to see this.

The rain boots weren’t exactly her first choice of footwear for her wedding, but it was raining during their outdoor at Stream Farm in Bridgwater, Somerset in England. Celebs in attendance were Sienna Miller, Colin Firth and Jake Gyllenhaal.

The 26-year-old actress started dating the Mumford about a year ago when her pal Jake Gyllenhaal took her to a private concert in Nashville. A few days after that Mulligan and Mumford (THAT would be a great band name, actually) went to a private Arcade Fire concert in NYC. In August 2011 they were engaged, and now they’re married.

Marcus previously dated fellow alternative darling Laura Marling (he played drums in her band before his own band Mumford & Sons took off last year.) They broke it off in 2010, the same year Carey split with her Wall Street: Money Never Sleeps co-star Shia LaBeouf.