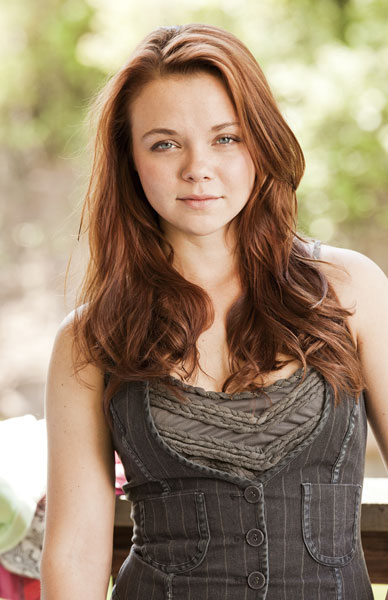 MTV is all set to launch it’s purported successor to Jersey Shore this week by taking viewers into rural West Virginia to follow the antics of nine youths as they combat boredom with all the weapons at their disposal — which, judging from the preview trailer, includes booze, explosives, a dump truck, mud, literal weapons, and of course their anatomies.

Though all the young men and women included on the show have rather impressive anatomies, none are more experienced at showing it off than model Cara Parrish. Cara has been print modeling since the age of sixteen and has since made a career of freelance and agency modeling. But Cara’s growing resume doesn’t just include eye-popping glamor shots (and it does include eye-popping glamour shots), it also includes a number of videos.

The first two were made by photographer Aaron Fryson of Jaboy Photography and were filmed during a recent photoshoot with Cara, including some lingerie shots as well as two different Supergirl themed shoots! (I’ve included the description from Youtube under each)

Published on Jun 19, 2012
JAboy Photography the leader in Fashion Photography took a small break to shoot with Cara Parrish this rising star needed a rising star photoshoot as Supergirl.. this shoot was more fun than anything! I had a few tricks I have been wanting to try out.

Published on Sep 13, 2012
! Cara Parrish She is def a star on the rise and will be doing some great things ! I am just happy to be apart of her career ! make sure you show some luv !!!

Cara shared one of the lingerie photos from the Jaboy Photography shoot on her Facebook page and showed a little humility by writing, “I’m not the biggest fan of posting lingerie or bikini pictures on this page. Solely because I’m trying to move away from that type of work and more into entertainment/personality work. However, I have to respect a great photographer when he takes an amazing shot and feature it on my fan page as well. Shot by Jaboy Fry” Here’s the picture: 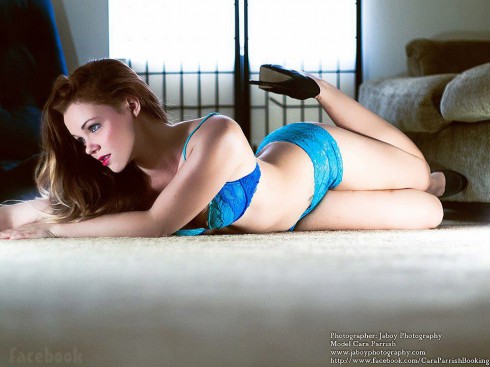 In addition to modeling, Cara has also dabbled in acting — and I’m not just talking about Buckwild! 😉 Check out this clip featuring Cara’s appearance in a Youtube comedy series titled “The Question Mark.” Cara’s segment begins right around the 2:24 mark:

Cara later sat down with the fellow she had the scene with to discuss a number of topics ranging from her filming Buckwild (which she couldn’t refer to by name yet) and her love of comic books, which would explain the two Supergirl photo shoots in the videos above!

Whoah! Cara be dissin’ on the Dark Knight y’all! The man in the clip asks her opinion about his favorite character Batman, to which Cara seems reluctant to offer. The guy insists and Cara says she thinks Batman is just a wealthy Inspector Gadget! She goes on to explain that although he has a lot of expensive toys (and “hot broads”), Batman possesses no real super powers.

Cara also reveals that she is a fan of superheroins Cassie Hack, Black Cat, and especially Emma Frost, who Cara says “will forever be my favorite for sparking the interest” in comic books initially. 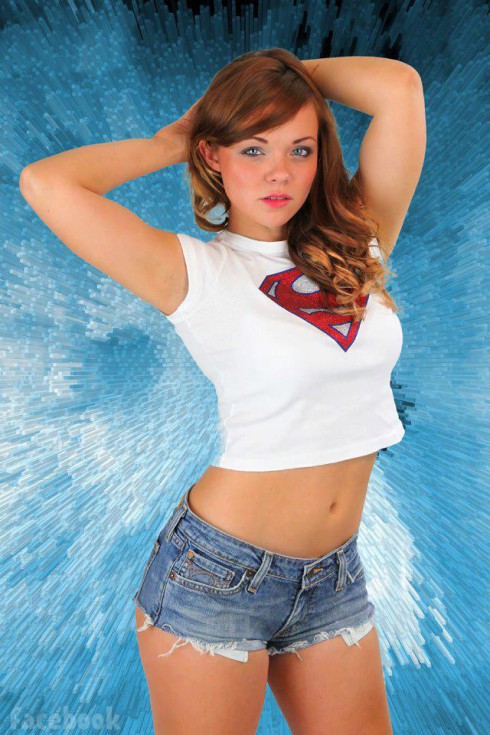 (That seemed like an appropriate place to insert a Cara Parrish Supergirl photo. Cara shared it on Facebook with the note, “My friend from DDD photography sent me this and said, ‘Look you’re supergirl in front of superman’s ice cave.’ Haha”)

In the clip Cara is wearing a Mountaineer blue and gold cast on her wrist, which she explained in the interview above was because she had a broken wrist at the time and didn’t want to miss out on the opportunity to be in the video. It’s probably a pretty safe bet that we might see the injury explained during the first season of Buckwild.

Oh, and just in case you weren’t able to spot Cara in the clip, here are a couple screen shots to help you know where to look. (She’s also in the group of dancers just over the singer’s right shoulder.)

Be sure to tune in to Buckwild for more Cara Parrish Thursday nights at 10/9c on MTV!

MAPS: Where was MTV’s Buckwild filmed in West Virginia?