Today’s superbowl halftime performer Bruce Springsteen has been in a bit of hot water with his fans of late, stemming from a greatest hits cd release available exclusively at Wal-Mart. Over the last decade Bruce has been very vocal about his political beliefs, including a passion for workers’ rights. Wal-Mart has a history of anti-unionism and violating labor laws, and Springsteen fans questioned the decision. Bruce’s manager Jon Landau initially defended the move, claiming that the deal wasn’t an endorsement and that 15% of Bruce’s album sales were through Wal-Mart already, but the real Boss recently came out with an apology in The New York Times:

“We were in the middle of doing a lot of things, it kind of came down and, really, we didn’t vet it the way we usually do,” he said. “We just dropped the ball on it.” Instead of offering the exclusive collection to Wal-Mart, “given its labor history, it was something that if we’d thought about it a little longer, we’d have done something different.” He added, “It was a mistake. Our batting average is usually very good, but we missed that one. Fans will call you on that stuff, as it should be.”

In light of his appearance at the Super Bowl, he probably should have said “fumbled” instead of “dropped the ball.” Otherwise, I think he handled it well. But, the Wal-Mart exclusive is just the beginning! His politically rabid fanbase has gone all John Birch Society and turned up these controversial products as well: 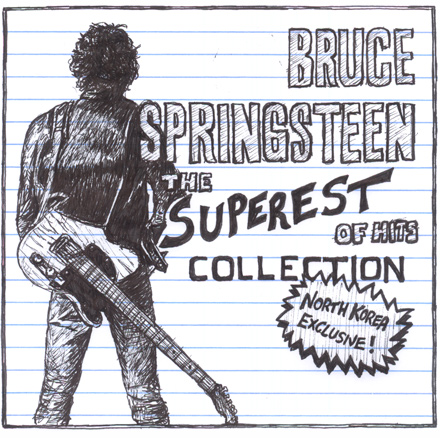 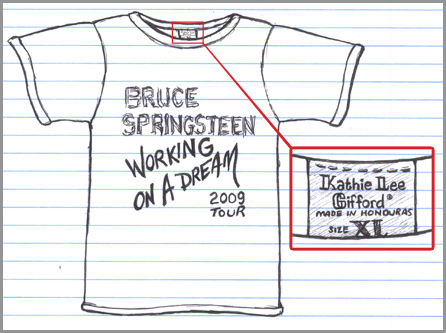 And then there’s this shocker on foxnews.com! 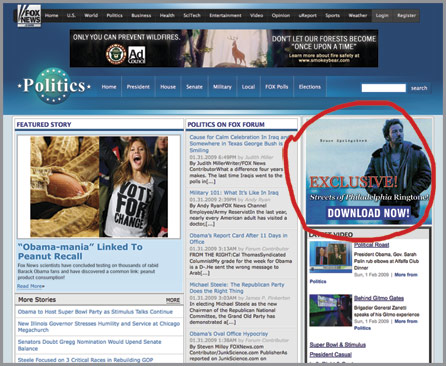 And even I was able to find something! (Actually, this one is real, though not legit) It’s a Chinese pirated version of Bruce’s 2000 cd The Rising that features a happy heart cutout on the back in addition to an endless supply of typos. At least I think they’re typos. I guess it’s possible Bruce recorded the exclusive “My City of Runs” for this unofficial release in an attempt to bring awareness to China’s inadequate solid waste disposal facilities, but I doubt it. I’ll include a scan of the lyrics to “My City Of Runs” from the booklet. (Click the thumbnails for larger, readable images) 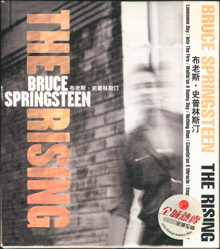 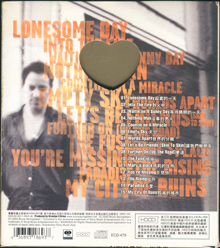 As an extension of my earlier Bruce nerd post where I attempted to guess which songs Bruce would play at halftime, a friend of mine offered some potential solutions to the 12 minute time constraint issue:

We all know that the 12 minutes that Bruce is allocated for the Super Bowl is an awful short time for him. Bruce just seems to have this urge to play and I’m sure he’ll feel like he’s just getting warmed up by the time it’s all over. One thing that some people have mentioned is doing a medley. Well Bruce, here’s a few suggestions for you to sing more songs during halftime:

Pink Cadillac Ranch
Blinded by the Light of Day
Broken Radio Nowhere (with Jessie Malin)
Darlington County Fair
This Life Itself (to highlight the new album)
Iceman at the Top
Bye Bye Johnny 99
What’s the Matter Little Sherry Darling?
Follow That Fugitive’s Dream
Give the Girls In Their Summer Clothes a Kiss

Bruce may want to play even more songs, so he may need to cram them in like so:

American Sugarland of High Hopes and Dream Baby I Dream

Great Stuff! Thanks un-named Bruce nerd friend! Next time I expect a drawing too!