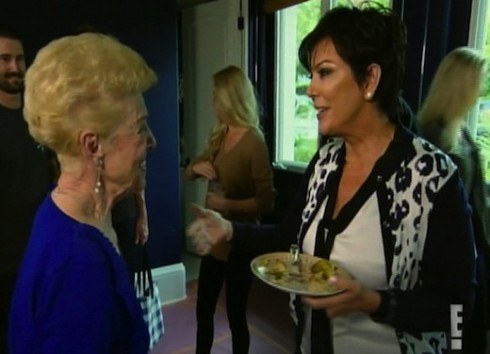 One person in the family is celebrating Bruce Jenner and Kris Jenner’s divorce.

Esther, who appeared on Keeping Up With the Kardashians, said she bit her tongue during Bruce’s 23-year marriage to Kris — even though she never cared for Kris.

“Kris has been so disrespectful, she would sit down and bad mouth my grandchildren that I love dearly from Bruce’s first two marriages and then in the next breath [say] how wonderful, wonderful, wonderful her girls were,” Esther said of one of her first memories of Kris. “This was before Kendall and Kylie were ever born. Bruce would be sitting right there like he didn’t hear a word she said and it was up to him to call her on it and he didn’t. I didn’t want to make things difficult for him so I just tried to ignore her comments… Maybe because of the controlling, she tries to control everything.” 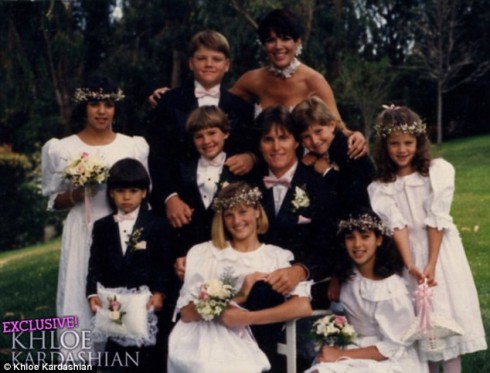 Esther said those early experiences with Kris left a bad taste in her mouth.

“She could insult you with a big smile on her face, I know. What do you do with a person like that? You’re going to avoid them if possible. She was backstabbing as far as my grandchildren were concerned, and that is something I can’t stand,” said Esther, adding the term “controlling monster” is an accurate description of her former daughter-in-law. “She’s domineering — it’s do it her way, or there’s no way. I had very little to do with Kris. I stayed away from her as much as I could.” (Including in this clip from a 2013 episode of Keeping Up With the Kardashians when Esther was visiting from Idaho.)

She also didn’t click with Kim and Kourtney Kardashian, although she thinks that’s mostly because of Kris’ influence. (She said Khloe has the best personality of the Kardashian girls.)

“Oh my God, the ways the girls display themselves.. And it’s all surgical work they’ve had done,” she quipped. “Kris hasn’t brought them up with any morals, you know, go out and go sleep with anybody… That sort of thing, you wouldn’t tell your own children to do that.”

Esther said she’s so pleased Bruce is finally moving on and believes he feels the same way: “He is ecstatically happy right now. When I talk to him I can hear it in his voice and he’s spending a lot more time with his kids.”

“I hope she changes her name back to Kardashian,” Esther said. “I don’t want her to carry the name.”