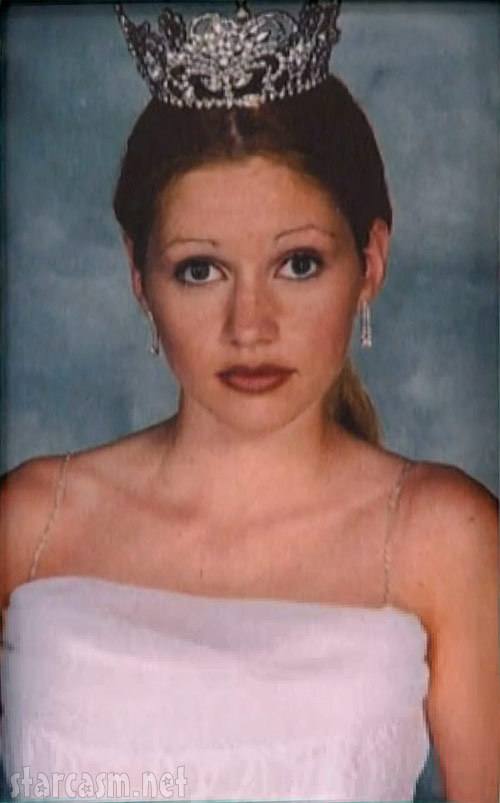 Britney Haynes won the Head of Household competition on last Thursday night’s episode of Big Brother 12 but it wasn’t until Sunday night’s episode that we got to see her HoH room, which was loaded down with all sorts of Southern Britney yum!

In addition to University of Arkansas paraphernalia, a photo with her fiance Nick Grisham and a sweet letter from her mom, there was the above pageant photo to which Britney exclaimed, “Oh my gosh! That’s going away!”

But Matt was more in line with the rest of America when he attempted to relate in words the power of young Pageant Haynes:

Britney gets the best picture to ever come to any HoH! She gets this bizarre, creepy, nightmarish, like prom pageant picture from when she was like 14 years old. It instantly becomes my favorite picture in the house. 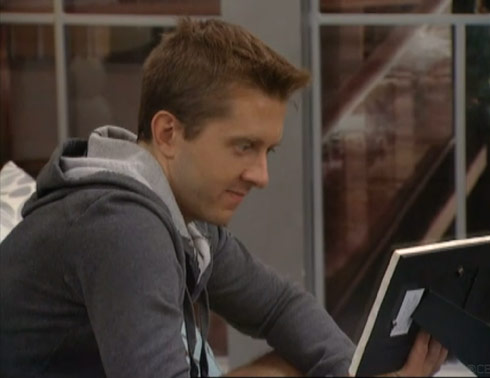 I even added a little theme music to play while you stare at Matt staring at Britney. (You can also scroll up while the music plays and stare at Pageant Haynes directly – if you think you can take it!)

Is your attraction to the Big Brother house drama bordering on unhealthy? Then you need to check out BecauseYoureAddicted.com for (almost) around-the-clock coverage of the Big Brother 12 live feed including quotes, photos, synopses and commentary! It’s one dedicated fan watching the feed 15 hours a day so you don’t have to!

What is Big Brother slop?

Catching up with Britney Haynes of Big Brother